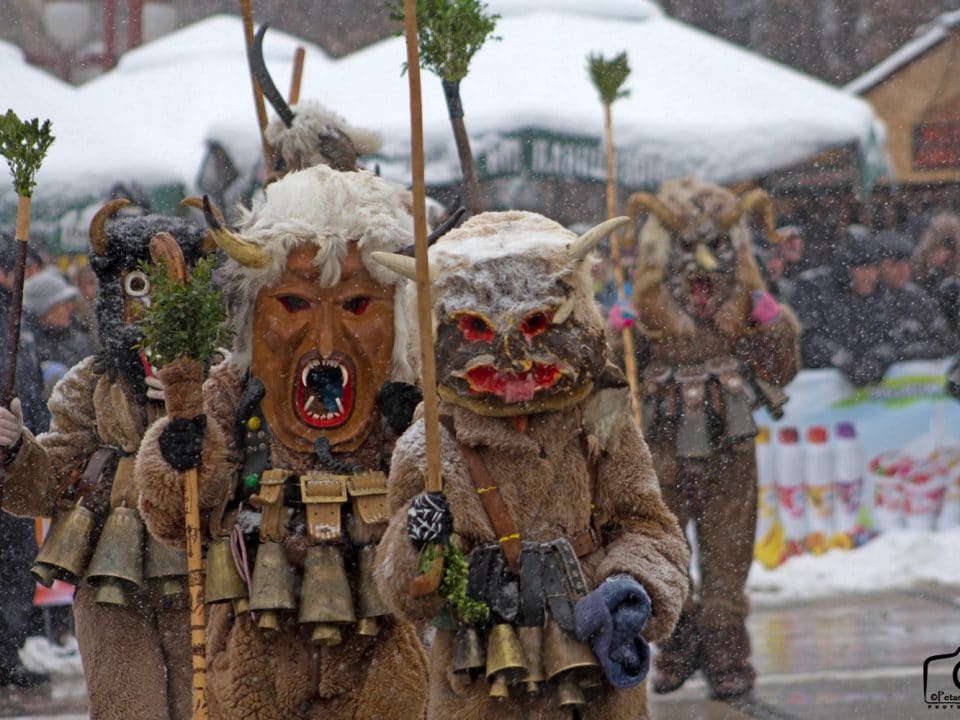 Surva – Celebrated each year on the last weekend of January The citizens of the Bulgarian town Pernik, situated 30 minutes away from Sofia celebrate Surva. Surva is an International Masquerade Games Festival. The event evolved from a local holiday into an international festival back in eighties of the last century. Since then it attracts people from all over the world. Last year over 6 000 people from Europe, Asia, and Africa attended. To make it more interesting and challenging it is organized as a contest between the different Bulgarian folklore groups taking part in it. Unfortunately, Surva festival will not be held in 2020 due to the water crisis in the city. What is its meaning? Festivals as this one are the successors old Bulgarian custom called “kukeri gatherings“. The gatherings took place in many towns and villages in Bulgaria. For the different regions the tradition took place at different times of the year. The kukeri gatherings are most probably are pagan tradition. The first written evidence of them is […]
Do you like it?0
4 Read more