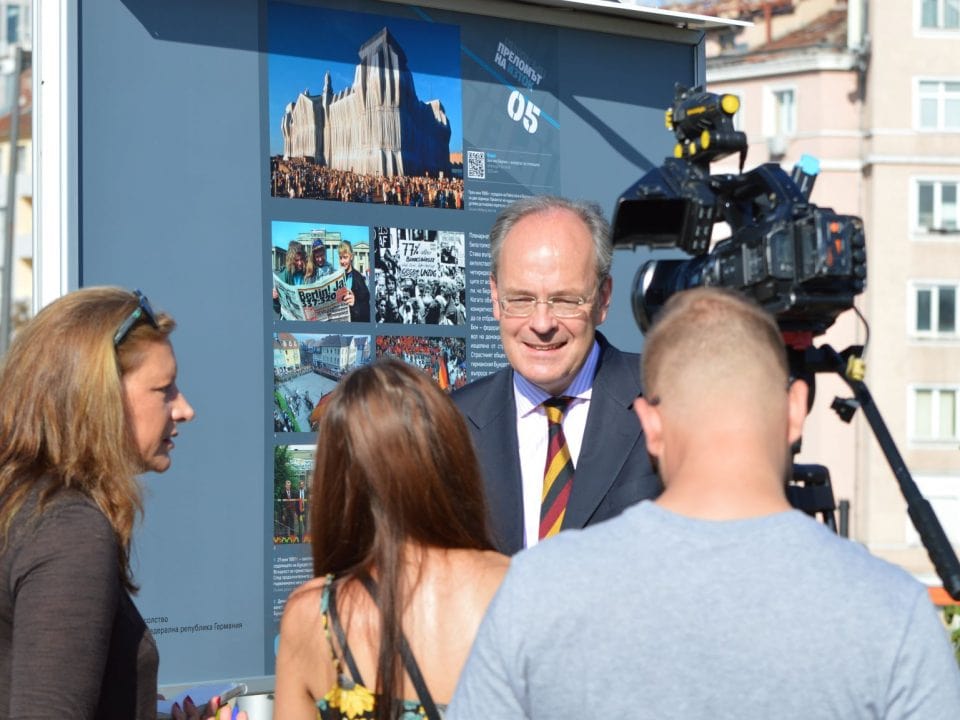 Over the past ten years the guides of the Free Sofia Tour have had the privilege of guiding thousands of guests from all corners of the globe around Sofia’s main landmarks. We’ve also had the chance to welcome some pretty special guests. However, few occasions can compare to a special tour with His Excellency, German ambassador Christoph Eichhorn, dedicated to Germany’s 30th Reunification Anniversary. 30 Jahre Einheit – 30th Anniversary of the German Reunification What a monumental event! Here in Sofia, as part of the celebrations a special tailor-made tour was developed to honor the occasion. It was called “The 5 B’s: Battenberg, Bauhaus, Brutalism, Berlin and Bulgaria: following the steps of the German-Bulgarian history in Sofia.” This was an exclusive one-off event, open to all those curious to learn more about this fascinating topic. This rather unusual tour route and topic sparked a huge interest among the local community. So much that we’ve had to add extra slots and a second tour guide. The tour followed the German – […]
Do you like it?0
0 Read more