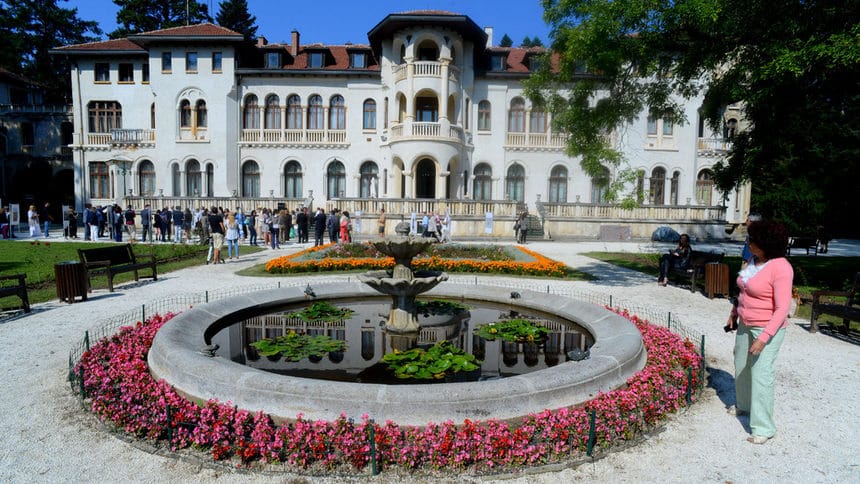 History of Vrana Palace The Royal days of Bulgaria are long gone. However, all around the country you can still find evidence of this period of Bulgarian history. Only 15 kilometers away from the heart of the city center of Sofia you will find the Summer Royal Palace of Vrana. The chosen location was where the homestead of the Ottoman governor of Sofia – Osman Pasha used to be. During the timeline of history, those lands change their ownership quite a lot. At the end of the 19th century they became property of the royal family of Bulgaria. We owe this project to our Royal Highness Ferdinand I. Construction works began at the beginning of the 20th century. The project consisted of the construction of various buildings with different purposes – hunting villa, royal palace, garden, rockery, artificial lakes, greenhouse and stables. Vrana Royal Palace surroundings You will also find a simple wooden house built during the communist regime . It was used by Georgi Dimitrov, our first communist leader. There is […]
Do you like it?2
0 Read more