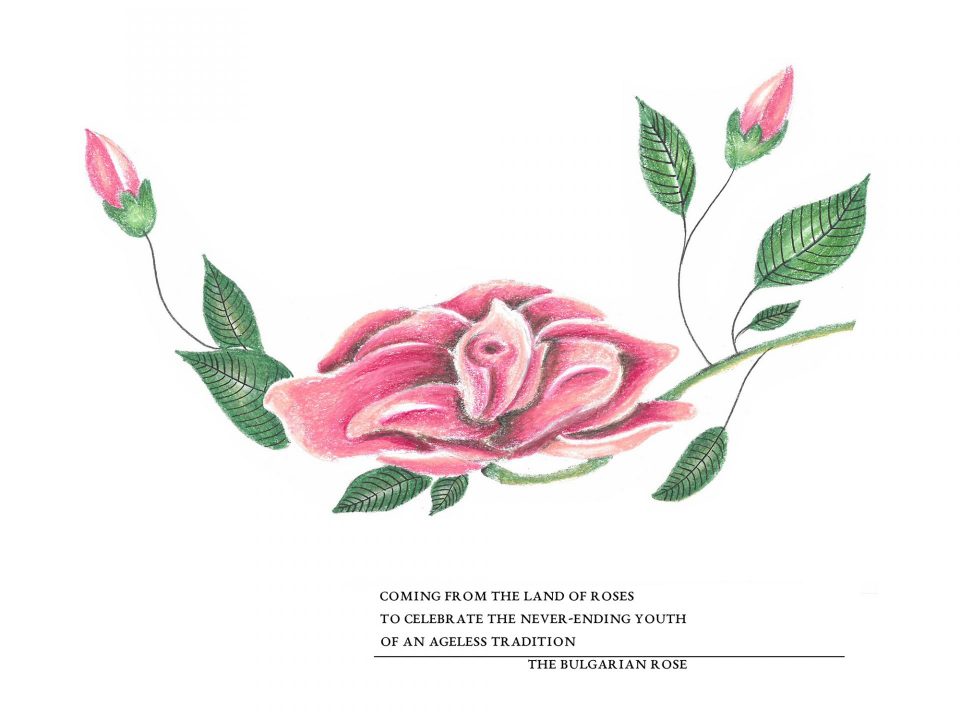 We are very happy to introduce the last of the 5 bright, talented artists we have worked with for our project “Bulgarian Symbols” – the charming Kaya Kolishka. Kaya Kolishka Kaya decided to pick the Bulgarian rose as something traditional and timeless. Her idea was to present this flower in a more stylized and contemporary way and thus create a beautiful illustration, fitting perfectly with the concept of our new line of T-shirts. The rose and especially the rose oil are often compared to liquid gold for a reason. The tradition of picking roses has been deeply embodied in Bulgarian culture and traditions for centuries. Here are a few words from Kaya herself about her work on the project: The Interview Describe yourself with up to 5 words! Trying not to be negative. What are you doing at the moment? Working in a call center and drawing in my free time. Which is/are your color/colors? White like an empty sheet of paper. If you could hire yourself to work for […]
Do you like it?1
0 Read more 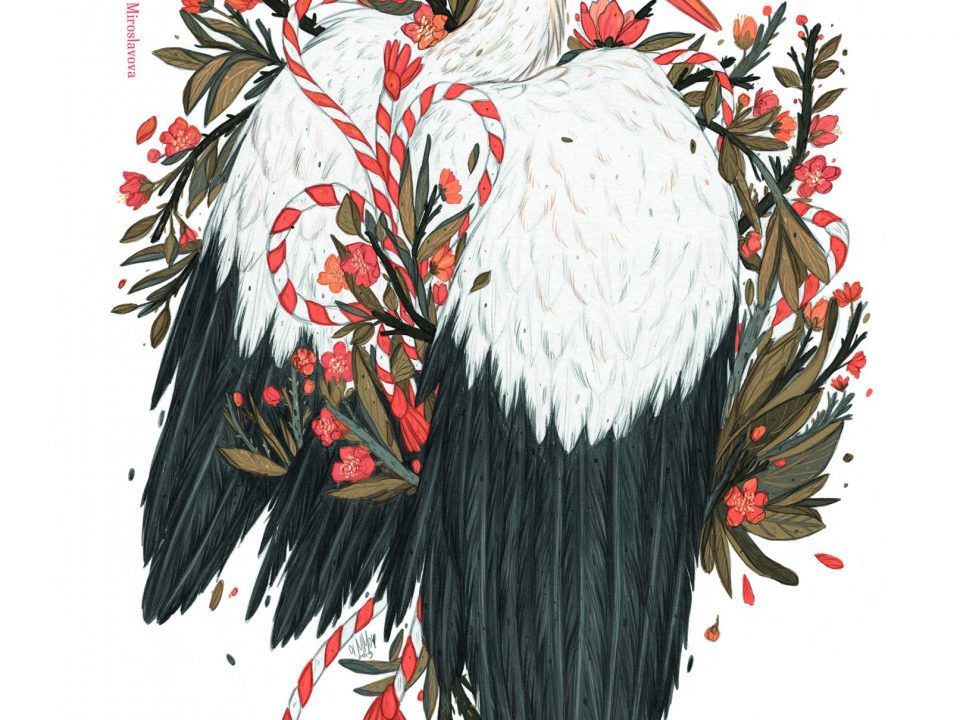 The idea behind our Association’s newest project – Bulgarian Symbols, was to present the work of 5 talented Bulgarian artists and their vision of widespread Bulgarian symbols. The chosen designs became part of our first merchandise line. In fact, we like to call it a travelling exhibition as it spreads Bulgarian culture around the globe. This time, we would like you to meet Mira Miroslavova! Mira Miroslavova Mira is a talented, upcoming Bulgarian visual artis; a perfectionist in everything she does. She is constantly drawing, portraying the world around her, experimenting with shapes, colors and  visual designs. For her work on “Bulgarian Symbols” she picked the image of a stork. A bird often associated with the local “Martenitsa” tradition. Bulgarians celebrate this holiday every year on the first of march. It is a sign that the new cycle of life is starting with the coming spring. It’s around that time of year that storks fly back from the warmer countries – a true indication that spring has already arrived. Here is […]
Do you like it?3
0 Read more 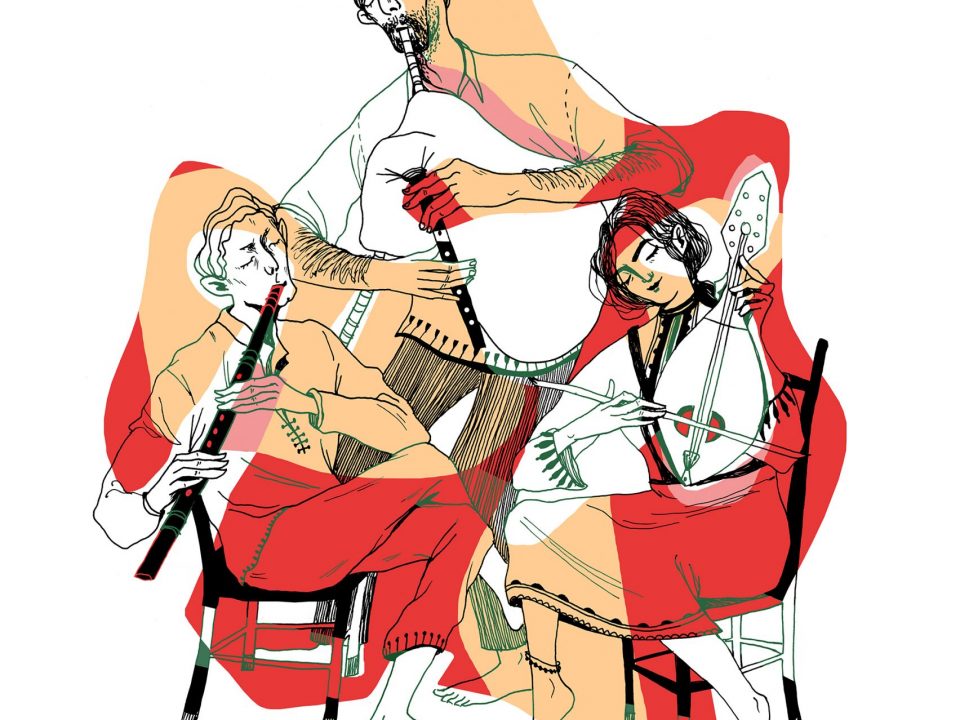 It is time for us to introduce you to yet another talented female artist, that has been involved with our Bulgarian Symbols project. It is our Association’s first attempt to present popular Bulgarian symbols in a modern and fashionable way. This time we would like you to meet Vyara Boyadjieva! Vyara Boyadjieva Vyara is originally from Sofia, Bulgaria, but now lives and studies in Cambridge. She is one of those bright minds in the field of illustration and design. For her work in “Bulgarian Symbols” she chose to portrait a visual image of Bulgarian folklore music – one of the undisputed symbols of our country. The illustration itself shows the unity of traditional Bulgarian folklore instruments and the way their sound touches everyone’s heart and soul. This music is part of the Bulgarian national identity, but also reaches far beyond the Bulgarian borders.   You can read a bit more about the idea behind the illustration from the author herself: The Interview Describe yourself using only a few words! An […]
Do you like it?1
0 Read more 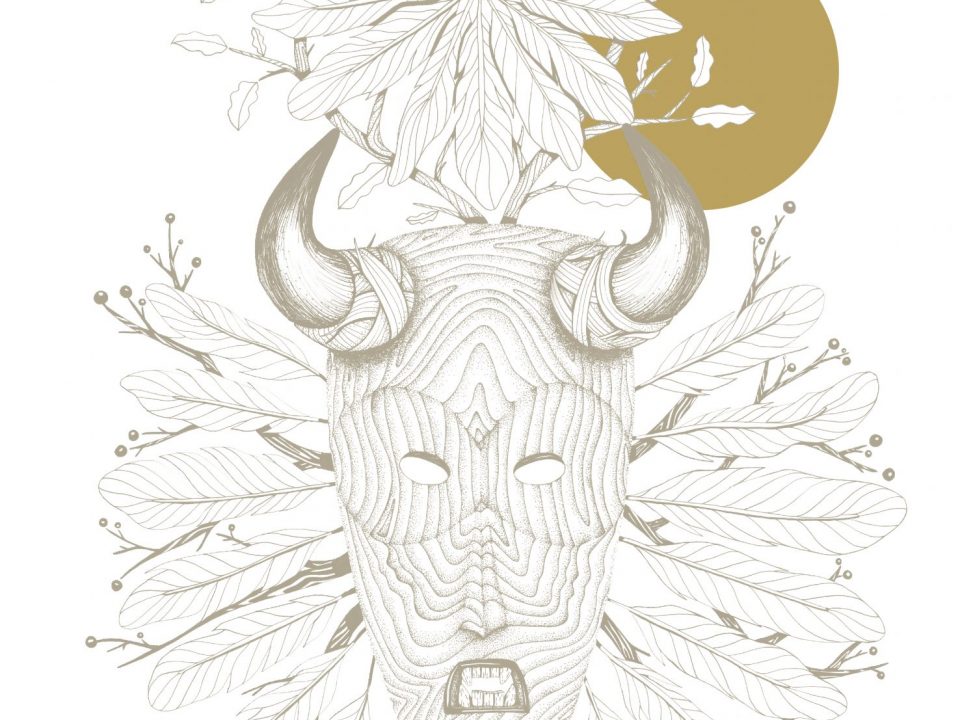 If you have been following our social media and blog post articles, you already know that our Association realized its first merchandise idea this year. The concept was to involve 5 young and talented Bulgarian artists to create an illustration in an attempt to show their vision of Bulgarian symbols. Now it’s time to introduce our second illustrator – Victoria Paeva. Victoria Paeva Victoria Paeva is from Sofia, Bulgaria. In her illustration, the thought provoking Viki picked the topic of a cherished Bulgarian tradition – “Kukeri” – mythical creatures, who wear scary masks and dance loudly to scare away the bad spirits. Viki researched on the topic and managed to create a unique blend by merging it with the widely discussed idea of the human ego. It’s a reference to the masks that we are all wearing and the way we hide our inner self from the outside world. The mask in her work is not only a Bulgarian symbol of a long lasting tradition, but also a symbol of […]
Do you like it?0
0 Read more

As we already announced in our previous blog post, our new merchandise line – Bulgarian Symbols is finally here! It is our Association’s first souvenir collection. The concept was to involve 5 young and talented Bulgarian artists to create an illustration in an attempt to show their vision of Bulgarian symbols. Today, we would like to introduce you to our first illustrator – Zina Nedelcheva. Zina Nedelcheva Zina Nedelcheva is from Plovdiv, Bulgaria. In her illustration, Zina chose to portray Bulgaria as one big house. Underground cellars, the oh-so-unusual Klek Shops, the balconies, our graffiti culture and many more symbols of Bulgaria adorn the building. A few days ago we sat down with Zina and talked to her about her style of work and her participation in the “Bulgarian Symbols” project. The Interview Describe yourself using only 5 words! A shy, naive dreamer with a lot of wishes left to fulfill. What is your main focus at the moment? I am preparing a new production of a limited series of clothes, accessories […]
Do you like it?1
0 Read more 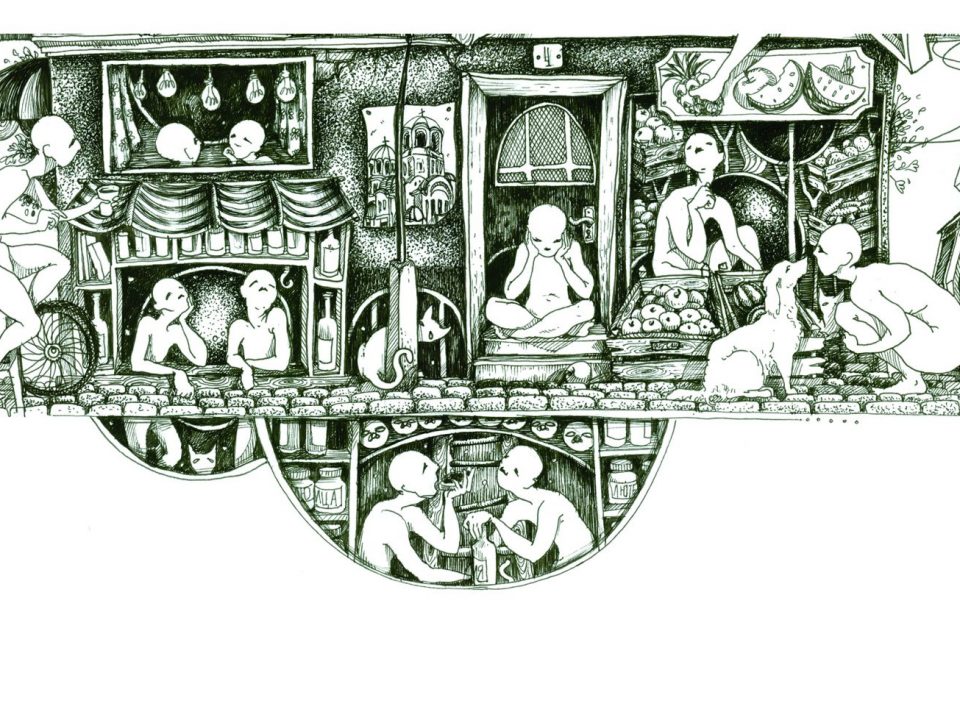 Exciting news! Our organisation, the 365 Association, is always up for a new challenge. In 2019 we set 3 new, ambitious goals in front of ourselves – to open up a new interactive space dedicated to the last stages of the communist regime in Bulgaria – The Red Flat, to create a new walking tour, which tells the story of the Bulgarian Jewish community  – Sofia Jewish Tour and to also initiate a new line of merchandise that lays out some of our favorite Bulgarian symbols. Bulgarian Symbols The idea of creating our own merchandise is something that we have been discussing for the past few years. As tour guides we are best at presenting Bulgaria’s symbols and landmarks on the streets of Sofia and Plovdiv. We felt that 2019 is the right moment for us to start working on another ambitious project. It is now time to eternalize these moments. And by that we mean giving you the opportunity to take them back home with you. Being a non-governmental […]
Do you like it?0
0 Read more 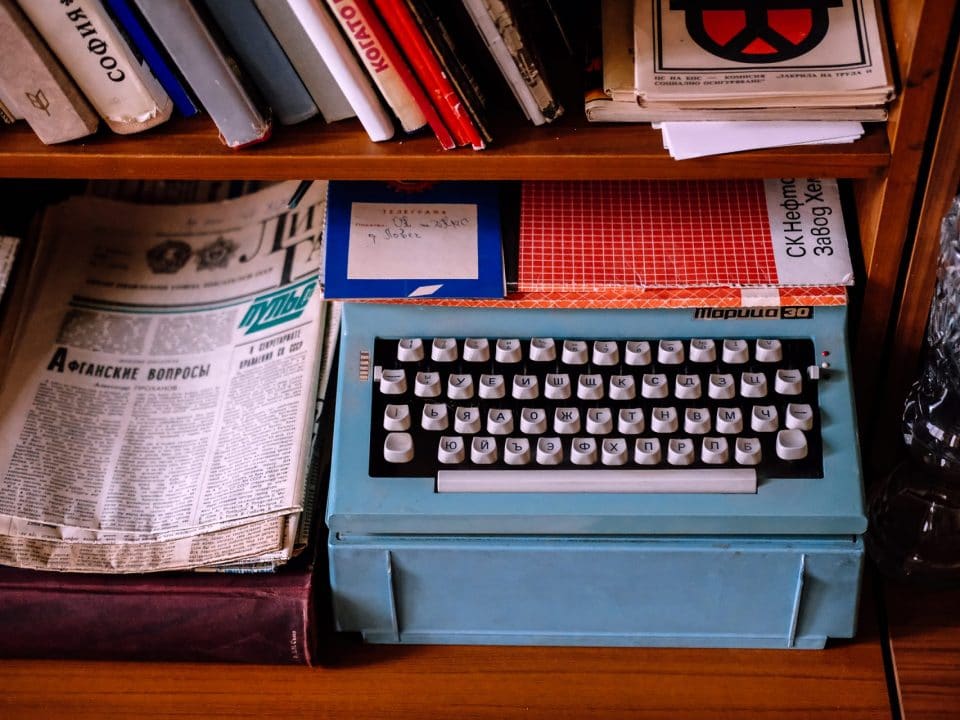 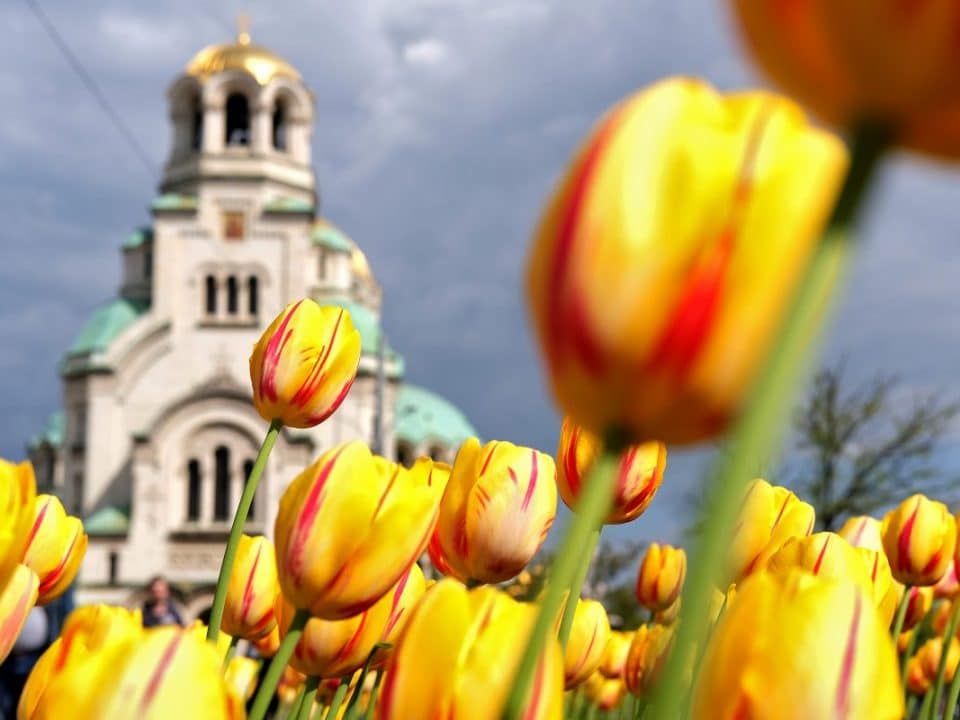 Explore Sofia’s biggest landmarks with a private guide! You can book a tailor-made private tour every single day! You get to choose the route, starting point and time, and shape the whole experience! A sightseeing tour is one of the must things to do when in Sofia. About Us We have been running walking tours in Bulgaria’s capital for 8 years. During that time our walking tours became the preferred option to explore Sofia’s city center. And also, the #1 Activity in Sofia according to TripAdvisor users and other popular social media platforms. Why the 365 Association? Our walking tours run every single day of the year. That includes all national holidays, Christmas, Easter, etc. Our first project was the Free Sofia Tour. It gives you the oportunity to explore Sofia’s main landmarks every single day – 3 times a day – at 10AM, 11AM and 6PM. The idea of Free Sofia Tour is to show the city to individual travelers and small groups. If you are an organized group […]
Do you like it?5
0 Read more