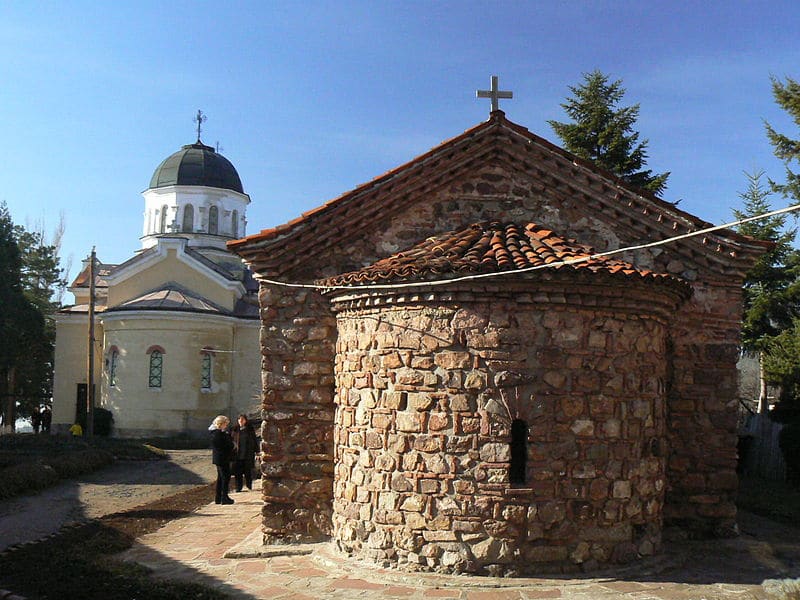 Monasteries around Sofia Close to our city of Sofia, there is a curious destination that is not very well-known with tourists. It is renowned as Sofia’s Mount Athos, or “Sofiiska Sveta Gora.” The term refers to a group of monasteries around Sofia that was established in the Bulgarian Middle Ages (1185-1417) and constituted a spiritual community under a common management. The monasteries were founded at the feet of several mountains: Vitosha, Lyulin, Rui  Plana, Lozen , and the southern slopes of Stara Planina (which you may know as the Balkan Mountain). Over time, the monasteries formed a ring around the city (you can find a map of the area here). Originally there were 14 of them, but later on another 7 convents were added to the cluster. About the Kremikovski Monastery In the Stara Planina (Balkan) mountain, only 22 km away from downtown Sofia, you can find one of these monasteries – the Kremikovski Monastery. It was established during the reign of Bulgarian king Ivan-Alexander (1331 – 1371). During the Ottoman siege of Sofia in […]
Do you like it?0
0 Read more