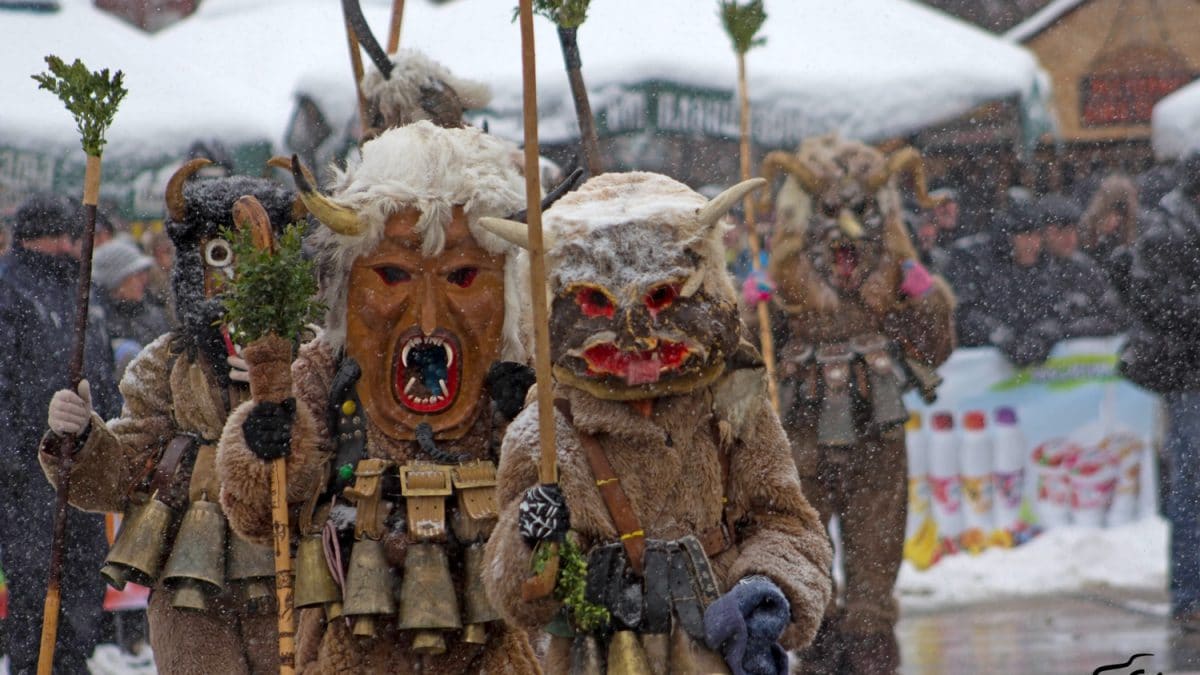 Surva – Celebrated each year on the last weekend of January

The citizens of the Bulgarian town Pernik, situated 30 minutes away from Sofia celebrate Surva. Surva is an International Masquerade Games Festival. The event evolved from a local holiday into an international festival back in eighties of the last century. Since then it attracts people from all over the world. Last year over 6 000 people from Europe, Asia, and Africa attended. To make it more interesting and challenging it is organized as a contest between the different Bulgarian folklore groups taking part in it.

Unfortunately, Surva festival will not be held in 2020 due to the water crisis in the city. 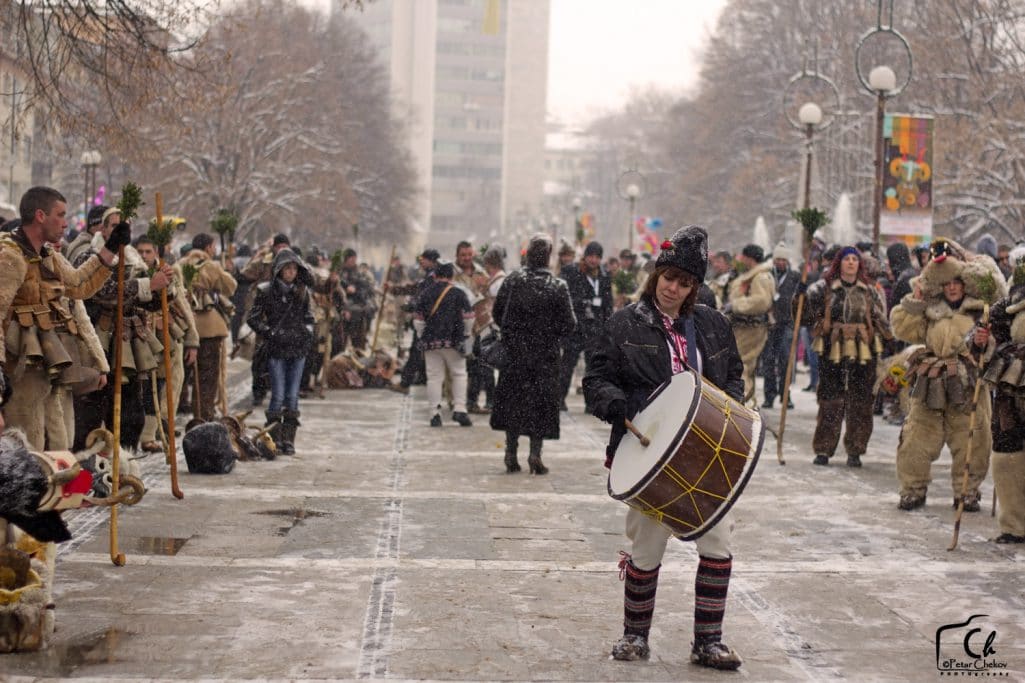 What is its meaning?

Festivals as this one are the successors old Bulgarian custom called “kukeri gatherings“. The gatherings took place in many towns and villages in Bulgaria. For the different regions the tradition took place at different times of the year. The kukeri gatherings are most probably are pagan tradition. The first written evidence of them is dated back to the VI century. Kukeri are the masks and costumes that the people use to dress up like animals, in order to look scary and chase away evil spirits.  The aim is to prepare for the spring, a symbol of new life and purity. The people who dress up as kukeri have to be single men. The kukeri men dance in a rhythm with special moves, dressed up in the typical costumes and masks. It is believed that the mask protects them from evil powers, the sound of the bells that encompass their belts not only contributes to the holiday mood but also purifies the area around. The dances of the kukeri and the rituals on the gatherings are performed for health and fertility, for both people and cattle. 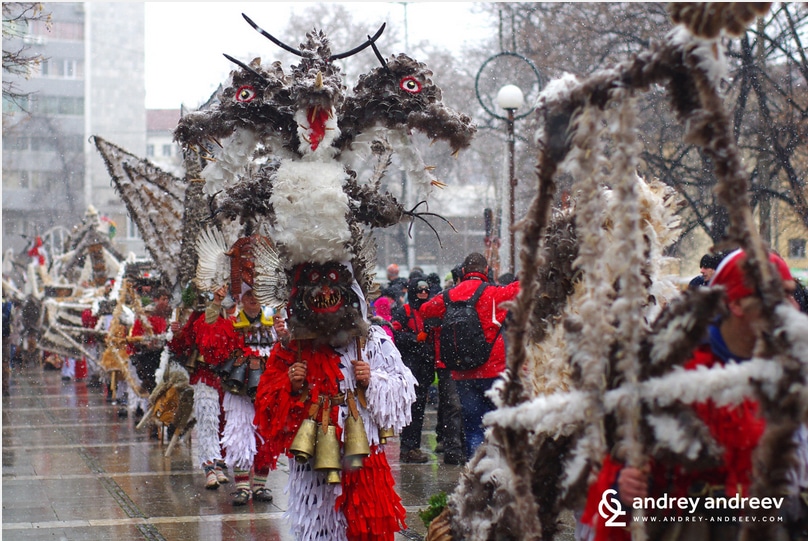 The kukeri festival in Pernik is one out of many, but a very popular and large one.

It is held every last weekend of January. If you are in Sofia and have a spare day during the weekend do not think twice to go and experience  it. Here you can find the full program of the festival. 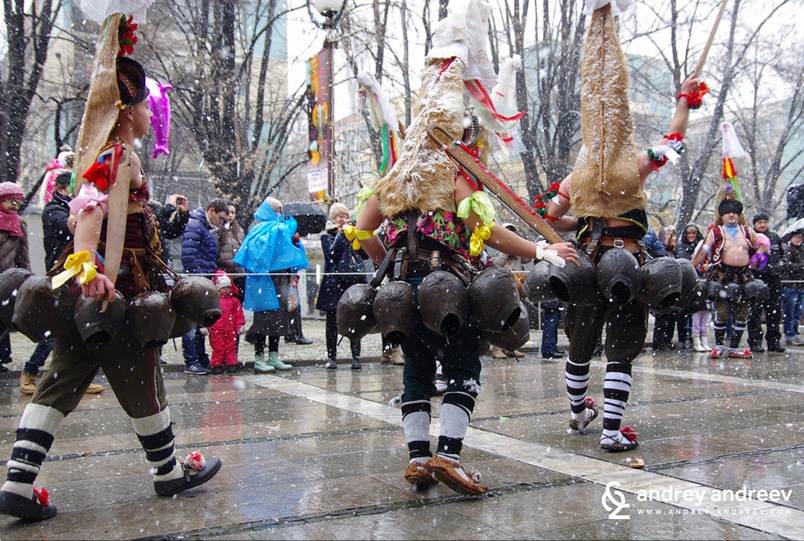 How to get to Pernik for the festival?

You can go to Pernik by train you can take it from the Central Railway Station in Sofia. It takes around 40 minutes to 1 hour depending on the train. Since the festival starts at around 10:00 am you can take any of the following trains:

As for your going back you can ask once you get to the Railway Station. The price of the ticket is 3:40 leva, if you buy two way ticket is would be 6:50 leva.

You can also take a bus or a minibus from the Russian Monument. However, make sure that you are waiting on the right corner, shown on the link. They go on every 20 minutes from 7:00 am till 9:00 pm. You can get your ticket from the driver. 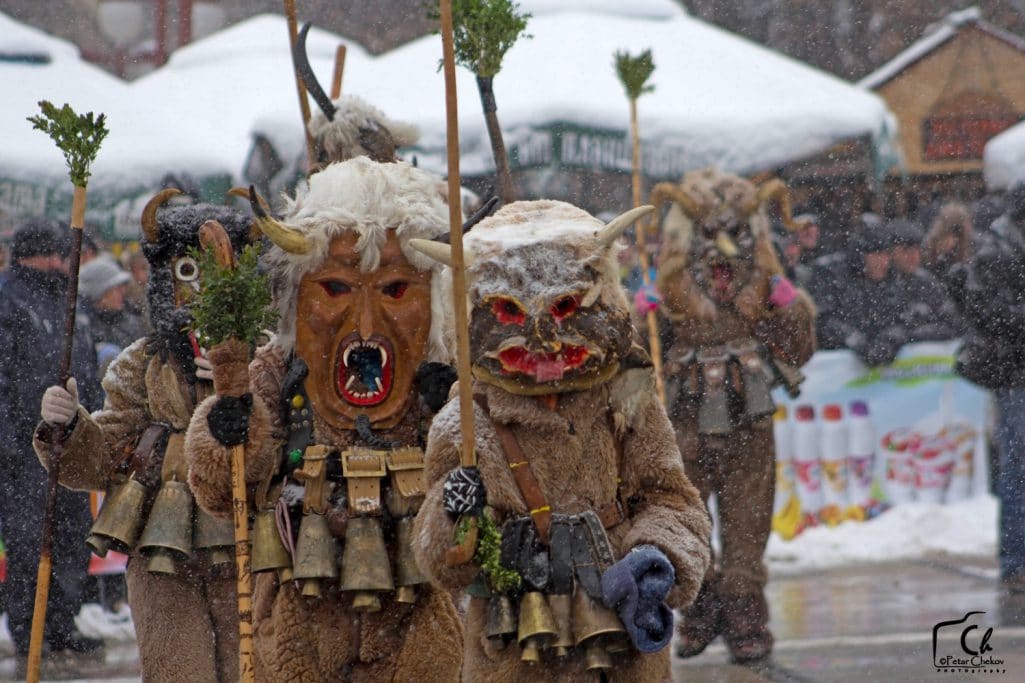