End of an era. The Red Star is no longer there.

Quite literally. It all happened probably because the soldiers on the Soviet army monument were turned into cartoon characters (The Joker, Wolverine, Santa Claus, Superman, Ronald McDonald, Captain America, Robin, and Wonder Woman, to be precise). This caused such a big debate that the authorities were perhaps afraid that something similar might happen to other Soviet memorabilia just left around in the city. That’s why they decided to move one of the highlights of our tours. What a journey it has been for one of Sofia’s biggest communist symbols. The five-point red star that once used to be on top of the Communist Headquarters. The star that after the fall of the communist regime was abandoned in the yard of the Central Public Bathhouse. Then an essential part of our very own Free Sofia Tour. It was a huge hit during our tours and even made a couple of headlines (for example: The Red Star? by Sofia Echo’s Gabriel Hershman). What a surprise to actually see them removing it in the middle of yesterday’s morning tour. Read Mitko’s story on how our guests reacted to history in the making.

The red star will be in a museum.

We were told by Ms Mariana Marinova, responsible for the Museum of Sofia (still just an administrative structure with a huge depository but no building to display the exhibits), that the star was moved to the future Museum of Totalitarian Art. It would be located in the southeast neighbourhood Darvenitsa, accessible by first line of the subway from the city centre.

The museum would hold interesting monuments and art from the Soviet period. We assume that this statue of Lenin would also be there. Until yesterday the Soviet leader was resting in the park behind the Palace. Shall we see a Bulgarian Memento Park? 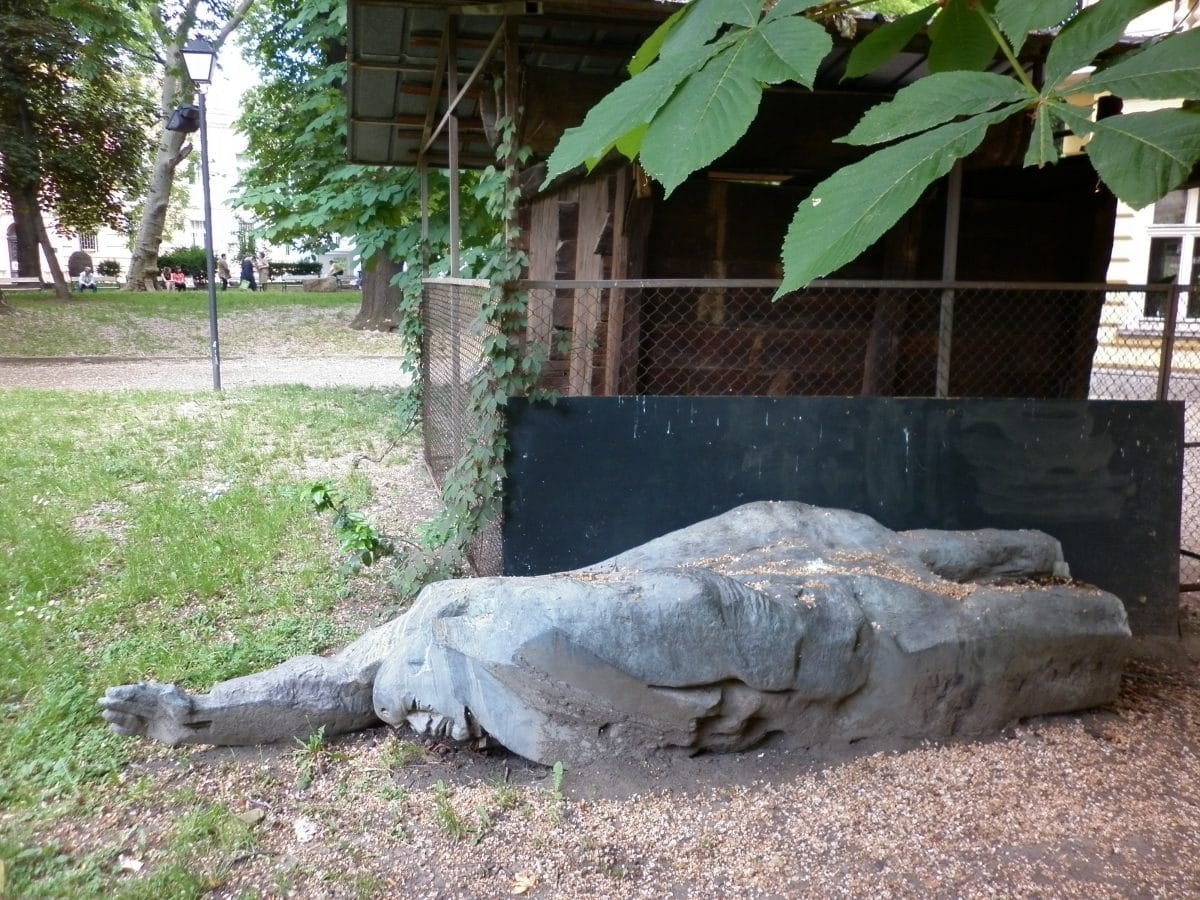 They even promise to show the door of the Georgi Dimitrov Mausoleum. This may finally be the end of attempts here to erase history. However, we are probably the only ex-Soviet bloc country with no museum of Communism and the highest rate of monument destruction per capita 😉

Talking about attempts to delete history… I was in the National Museum of History once. The whole history of the country chronologically located – from antiquity to… 1946. That’s it. I was curious and asked “Is it just me or something’s wrong and there are around 50 years missing from our history?!?”. The answer: “These are still not part of our history. Maybe in a hundred years they will be.” Ok, I understand that, not that I agree. But why then is there a copy of the Treaty concerning the accession of Bulgaria and Romania to the European Union signed in 2005 (we joined the EU jointly in 2007). So you have 1946 and then just 2007.

Want to learn more about the red star and Bulgaria’s communist past? Feel free to join our Communist Tour.