One of the coolest things about being a tour guide is the fact you get to meet people from all over the world and with a huge variety of backgrounds.

As you share your stories with them, they also share theirs and so, in effect, it’s like you yourself are traveling, because you learn so much about other cultures and places. However, it is not every day that you get to meet someone, whose story turns out to be related to the history of your country. Whenever this happens, it brings an extra excitement, which is why I want to share my last such experience.

After I finished the story of the Bulgarian royal family, two girls from the group approached me to share a rather interesting fact. Turns out they were actually quite familiar with the story I was telling as they are the great-great-granddaughters of Dimitar Stanchov (Dimitri Stancioff), a Bulgarian politician and diplomat who also served as the private secretary of Ferdinand I, the second monarch of the modern Bulgarian state. Dimitar Stanchov graduated at the Theresianum in Vienna and was a strong activist for the independence of the Bulgarian state. In 1907 he briefly served as Prime Minister of Bulgaria. He was also in charge of the Bulgarian foreign affairs in two governments, as well as an ambassador to France, the United Kingdom, Belgium, Italy and the Netherlands. 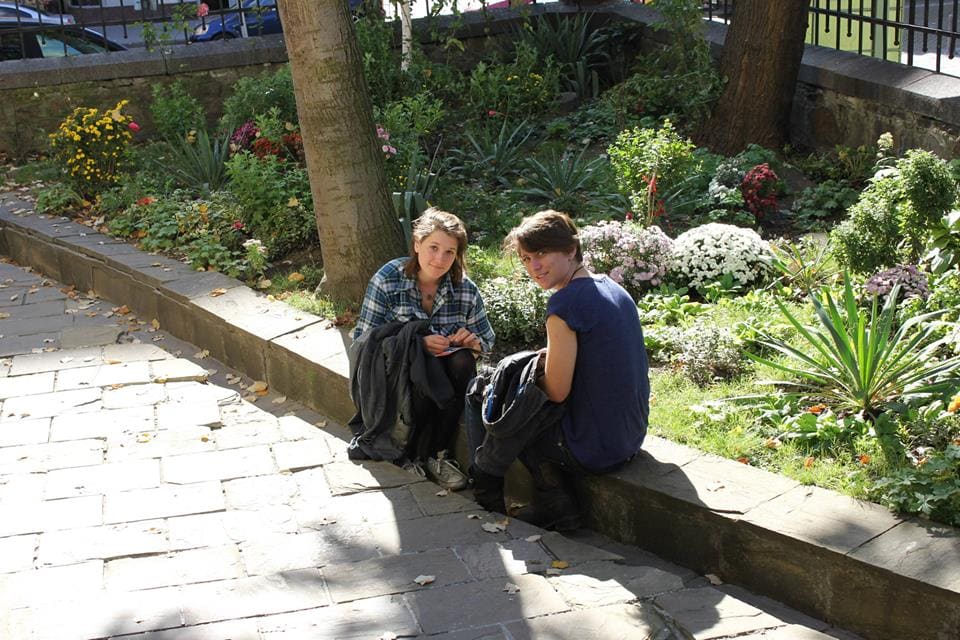 Louisa Stancioff and Elisabeth Stancioff during the Free Sofia Tour.

As passionate about history as I am, meeting these young ladies was extremely exciting and fulfilling to me.

Currently they live in the US, as they are American citizens, but were very interested in the history of Bulgaria and were on a quest to discover and learn even more about their roots. To be in their itinerary as a part of their journey has made me very happy and definitely classifies among my most special experiences as a tour guide.