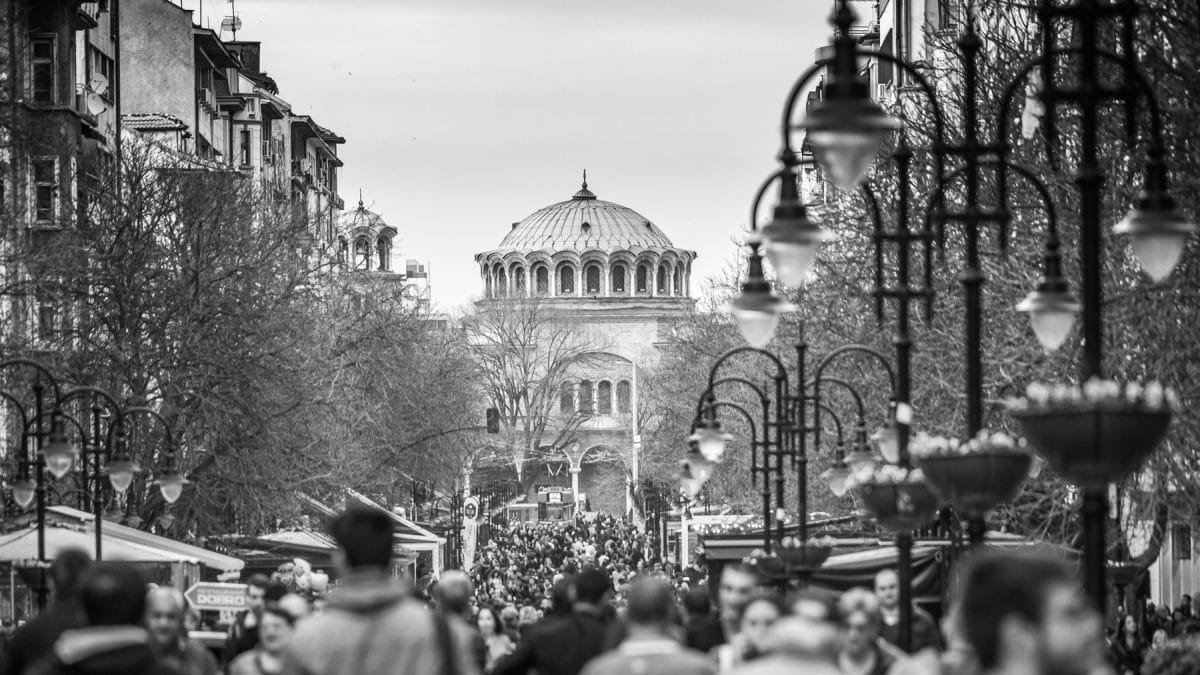 Often referred to as Sofia’s Champs-Élysées, The Vitosha Boulevard is by far the most famous street in Bulgaria. Contrary to many “main streets” in big cosmopolitan cities, this one is equally popular among both locals and visitors. Whether for shopping, a stroll down the boulevard or just to sit down at one of the many cafes and restaurants, Vitoshka (as most Bulgarians call it) is as close as it gets to Sofia’s beating heart.

History of the Vitosha Boulevard

The development of Sofia’s main street is intertwined with the development of the city itself after it was chosen as the new Bulgarian capital in the late 19th century. The street had several different names throughout the decades. Its initial name was the ottoman “Dzhebel vitosh sokagi”. It was first called Vitoshka (The Vitosha Boulevard) back in 1883. After that, however, the name was changed several times. In the early 20th century it was renamed to “General Yosif Gurko”. Later, to “Tsaritsa Joanna”. After WW2 the street was called “Joseph Stalin” up until 1961 when the name Vitosha was brought back. It remains the same to this very day.

In the late 19th/early 20th century you would mostly see 2 story houses on the boulevard. Few of them are still present. What you’ll witness nowadays are predominantly modernist residential buildings from the 1930’s and early 1940’s.

Actually, in the first half of the 20th century there were also other contenders for what would become Sofia’s most legendary street. Most notably, the “Tsar Osvoboditel” boulevard. It’s still where most of the city’s tourist attractions and famous landmarks are situated.

Vitosha Boulevard around 1930. Photo by: http://stara-sofia.com/

For a complete gallery of how the boulevard was changing over the years, make sure to check out the Stara Sofia‘s wide collection of photos.

The street solidified its position after the fall of the communist regime. In the 90’s its popularity grew and since then it has entered the list for the world’s most expensive streets several times. It became home to brands like H&M, Zara, Salamander, Pandora, McDonalds, Costa as well as a lot of local brands. In recent years some of the shops were transformed into restaurants. The higher-end brands are now mostly in the non-pedestrian part of the boulevard as well as on nearby streets like “Saborna” and “Kaloyan”.

By far, the busiest part of the boulevard is its pedestrian zone. You’ll recognize it easily by its colorful cobblestones. In fact, it hasn’t been long since the street had a pedestrian part. Up until 2005 there were cars and trams running through its entirety. All of this changed and the street is now pedestrian from “Sveta Nedelya” square to “Patriarch Evtimiy” blvd.

Right past the pedestrian zone you will stumble upon a legendary Sofia landmark – The National Palace of Culture. Apart from the building itself, the recently renovated zone around it is a favorite of a lot of locals. The area offers everything from hanging out in the park around it to exploring some of the best nightlife in Sofia as well as attending countless cultural events, concerts, exhibitions and more. 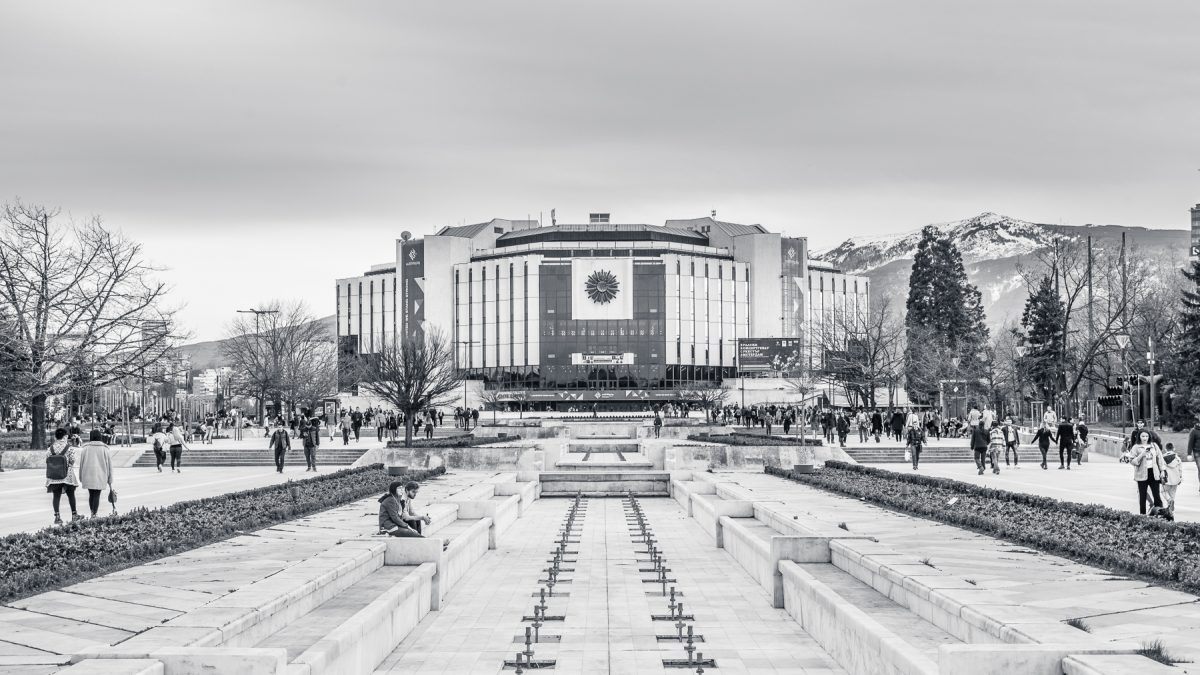 The Vitosha Boulevard continues further behind the National Palace of Culture to one of Sofia’s greenest and nicest central residential neighbourhoods. The “Ivan Vazov” district is home to the calmest part of the boulevard which takes you to the central entrance of the famous South Park. A huge green oasis awaits you right at the end of Sofia’s legendary Vitosha Boulevard.

It can get confusing

Of course, the name Vitosha is important to Sofia, not only because of the name of its central street, but also because of the Vitosha Mountain that the street is named after. Also, one of Sofia’s main symbols. In fact, the name “Vitosha” is now everywhere to the point where it gets confusing. Especially for a new-commer. There is now a residential area carrying that name. However, it is not close to the famous boulevard, nor the mountain. There is also a metro station with that name. And guess what, it is not close to the mountain, nor the boulevard, nor the “Vitosha” neighbourhood. So keep that in mind when navigating through the city.

How to get to The Vitosha Boulevard

Fortunately, you can get to the Vitosha Boulevard easily from virtually every part of the city. Home to 2 metro stations (Serdika Station and The National Palace of Culture station) where all of Sofia’s metro lines meet. This makes it directly connected to Sofia’s airport and Central Railway and Bus stations. Trams 1, 6 and 7 are also part of the transport infrastructure of the boulevard.

Being as legendary as it is, The Vitosha Boulevard also marks the starting point of our daily free walking tours. The Palace of Justice, situated at blvd Vitosha 2 is where we meet.