Opera in the park

The Soviet army monument in Sofia got a touch of colour 🙂 … and it’s becoming viral.  There’s a big debate in Bulgaria what to do with the monument – destroy it, move it (to a museum or why not a park like this one: http://bit.ly/FjyHs) or keep it as it is. 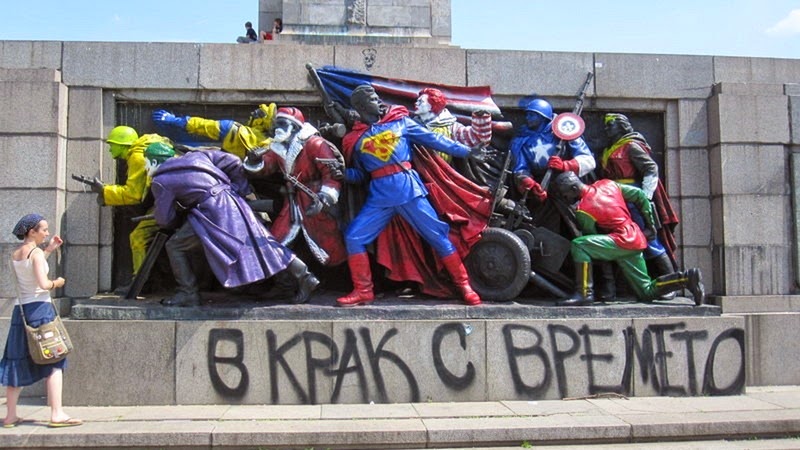 More about Bulgaria’s Communist past

Find out more about Sofia’s communist past. Learn the story of other communist landmarks such as The Red Star and Museum of Socialist Art.

Update: Ever since, the monument of the Soviet army has been an area for controversy and strong political messages by grafitti artists. Find out more on our Communist tour.

The monument was placed in its current location in 1954. Exactly 10 years after the Soviet Army arrived in Bulgaria on 9th of September 1944. You will find it in the middle of the Knyazheska Garden right here. The main body of the monument represents a soviet soldier followed by a Bulgarian man and woman holding a baby. It is 37 meters tall. Ever since the fall of the Communist regime in Bulgaria the debate about the future of the monument is neverending. In recent years it became a space for strong political messages.