As we recently celebrated the beginning of 2013 it is time to make a small recap for the past 2012. During this 2012 our team expanded and 13 more enthusiastic people became guides. We were waiting at the Palace of Justice for our guests 924 times and we walked with people from 125 countries from all around the world.

Thank you for making us greener 🙂

During the year in February we celebrated our guest number 10 000 and merely 10 months later on the 2th of January 2013 we’ve put another milestone. Our guest number 25 000 came to our tour. We’ve been waiting this for quite some time and we had some small presents for everybody. Our lucky guest received a special gift box from Rosey’s mark in which she could find Rosa Damascena Jam. 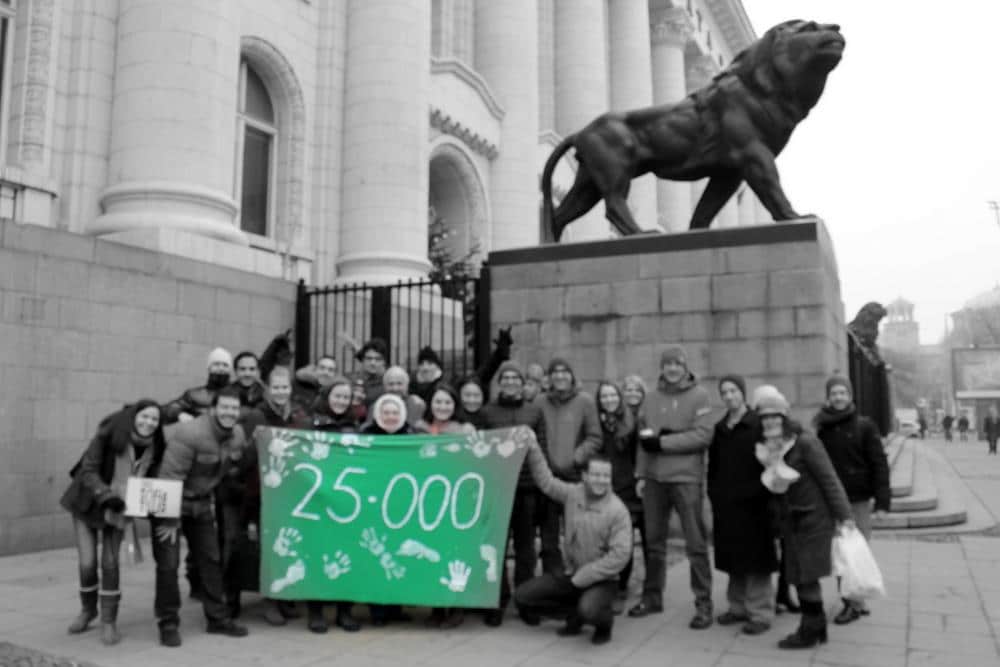 After this milestone we continue vigorously. Our new guides that joined only just a few weeks ago are already walking the visitors of the city. Martin and Nikola are very eager to show you around Sofia and are looking forward to do that.

We would like to thank you for being with us throughout the whole year. It was you that kept us going and made our 2012 such a great one. May you have an incredible 2013 and hope to see you in Sofia soon enough. And off course stay tuned, because we plan a lot of surprises during the new year.