The Rhodopes – Where Time Has Stopped

The Spring Training of 2013 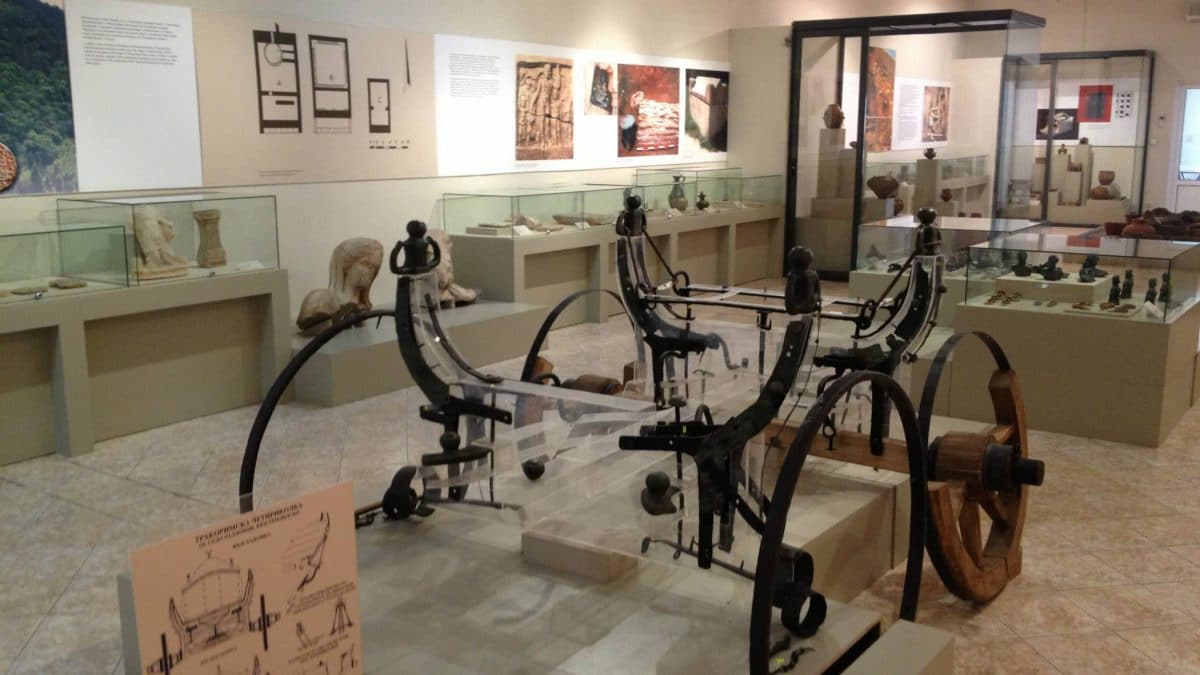 An ancient chariot inside the History Museum

Kyustendil is not one of those pushy places that get right up to your face and demand your attention.

In fact, rather aristocratically, it just is there and it’s up to your own initiative and inquisitiveness to discover it. Quite frankly, you should, because there’s a lot going on there.

If you ask a Bulgarian about Kyustendil, most likely they will tell you one thing: ‘cherries’.

The whole region is famous within the country with the production of the best quality specimens of this fruit and, accordingly, the town holds an annual Cherry Festival. It was this festival that the 365 Association was invited to witness by the Culture and Spiritual Development Department of the Kyustendil municipality. 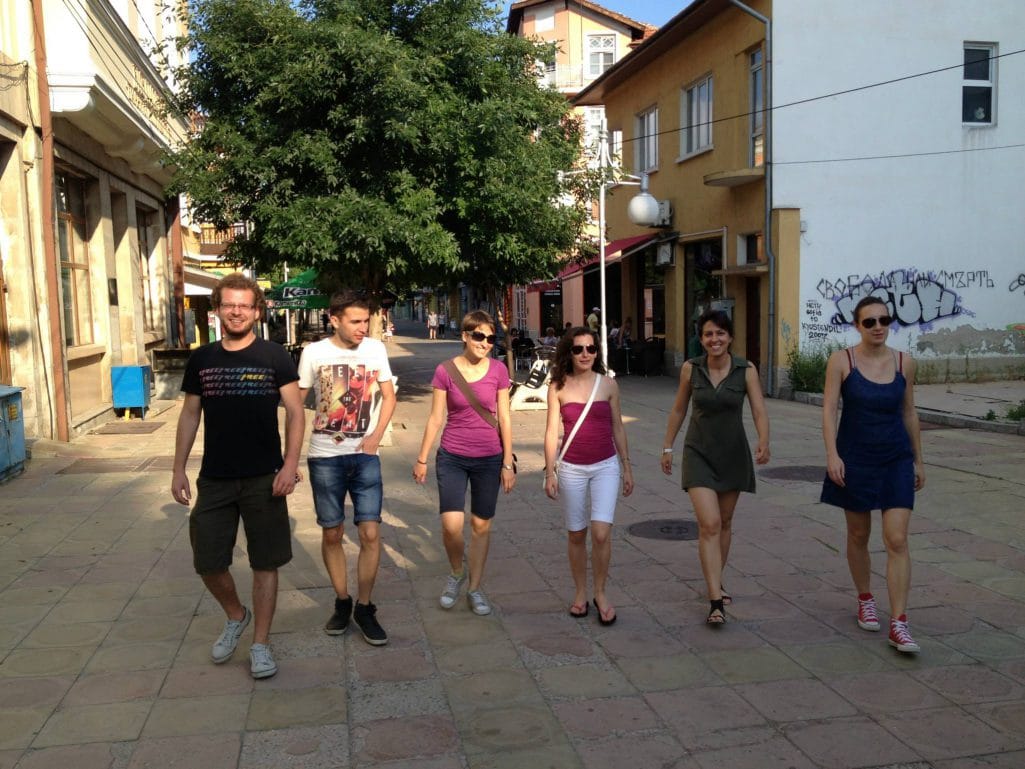 The 365 team in Kyustendil

However, it is not the only thing that was the focus of our visit. Our wonderfully welcoming and helpful hosts made sure it became quite clear that the town has a lot more to offer.

Located in southwest Bulgaria, from a tourist point of view the place basically has everything. If you’re into nature, you’ll love to know it lies in a valley locked between two mountains, which offer routes and paths for everything between a light stroll and a full-day walk-and-climb. 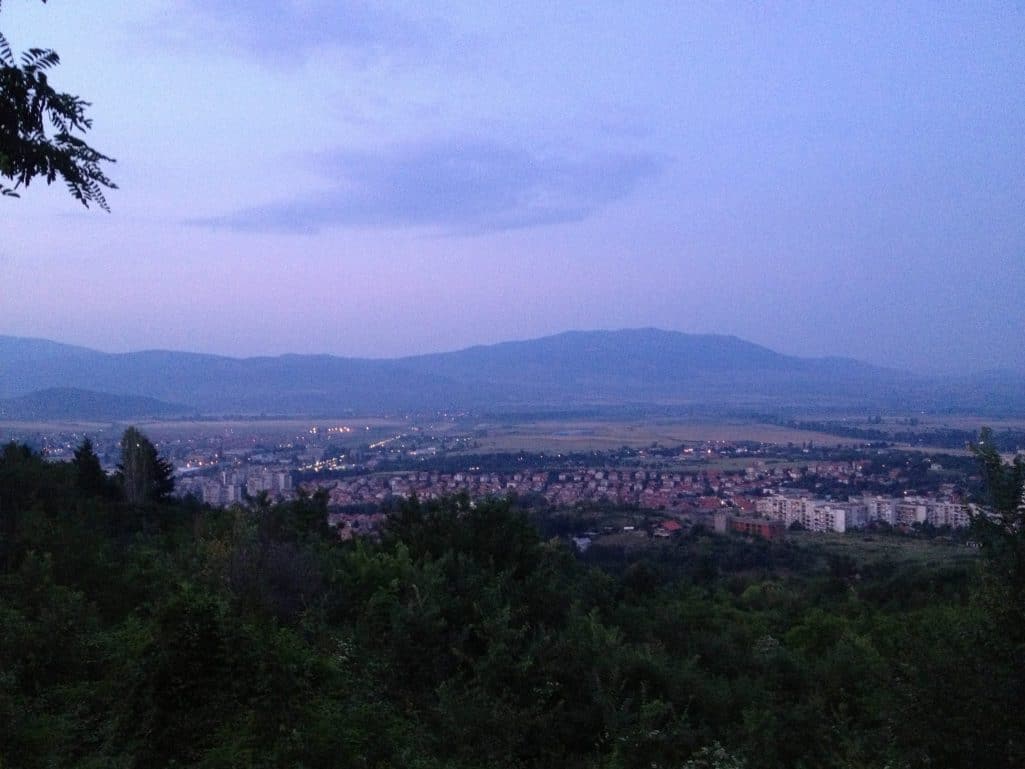 A view over Kyustendil from the Osogovo Mountain

Inside the forest on the Osogovo mountain, quite close to the town, you will find three trees with an interesting story behind them.  Near the end of the 19th century the Bulgarian Tsar Ferdinand, who was a keen naturalist, ordered the import and introduction of the sequoia, among other species. Three of these somehow ended up in the woods next to a village, lying on the mountain slope directly above Kyustendil. Today, they are one of the attractions of the town.

The three redwood trees in the forest near the town.

If you’re more of a history type of person, Kyustendil is still a perfect place for you.

The recently renovated regional history museum takes pride in quite an interesting collection of objects, dating from the Stone Age, through Thracians, Romans and medieval Bulgarians, all the way to the Ottoman Empire.

An ancient chariot inside the History Museum

It is also equipped with interactive games for kids, teaching them how Romans built arcs, for example, as well as a varied collection of coins. 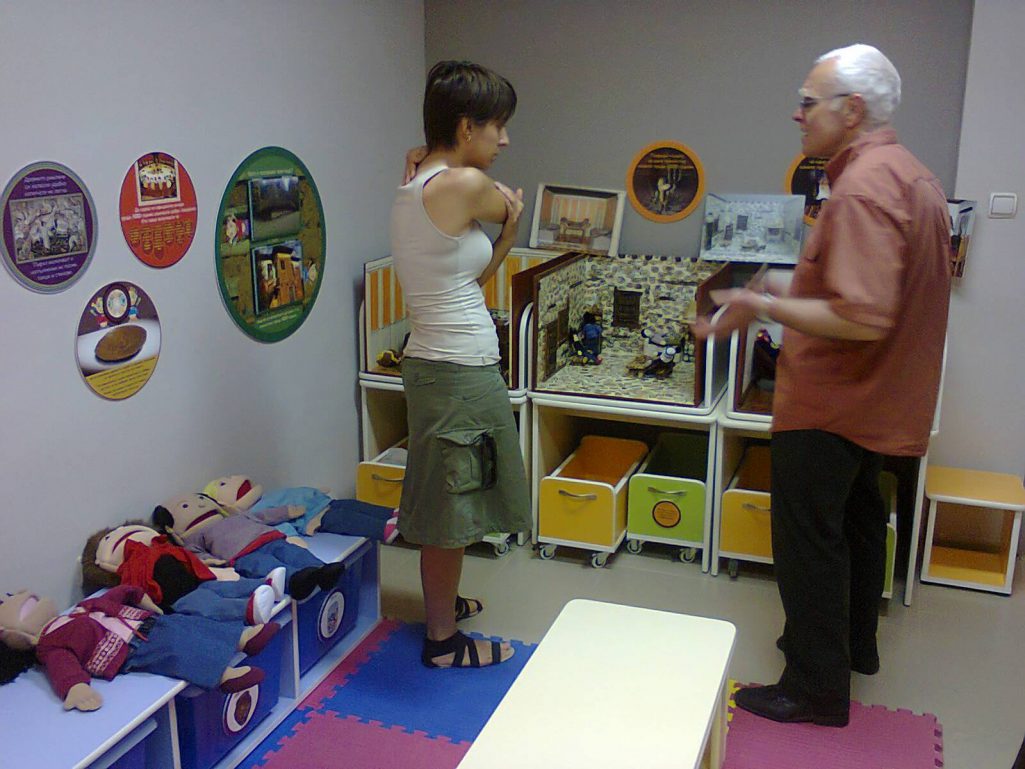 Apart from that, there are historical places that still form the town’s landscape, including Roman baths, a medieval fortress tower and medieval Bulgarian church with unique frescoes, two mosques from the Ottoman period, a church and a monastery school from the 19th century and, last, but not least, a museum of Dimitar Peshev, who was a protagonist in the struggle to prevent the deportation of the Bulgarian Jewish community during World War Two. In the woods above the city you could also discover the remains of an ancient and medieval fortress, today called ‘Hisarlaka’. 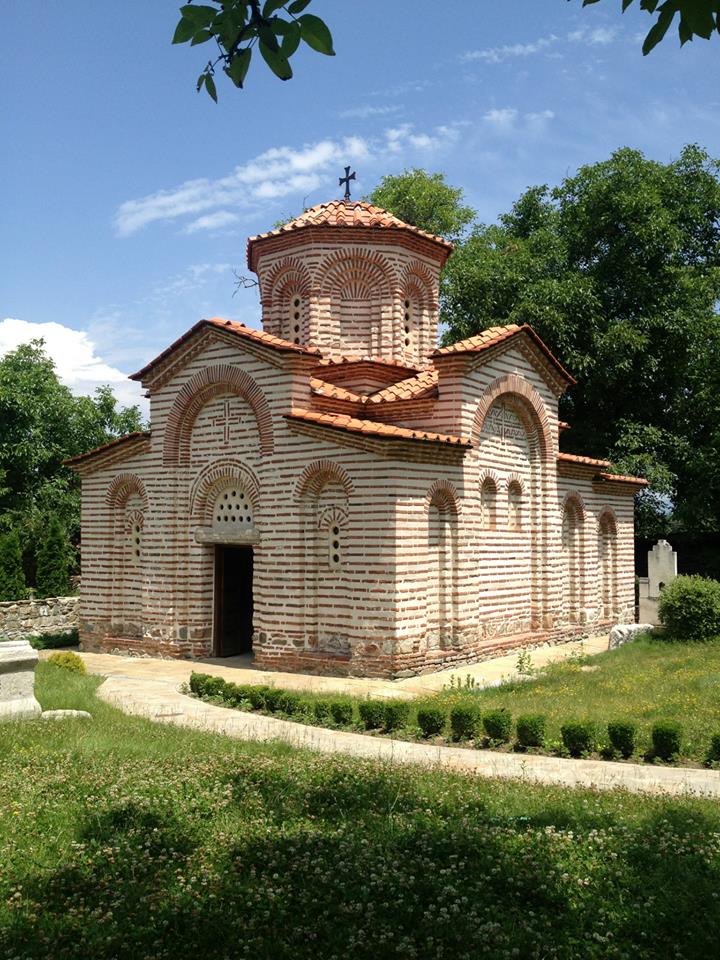 The Saint George church, dating from the 10th century 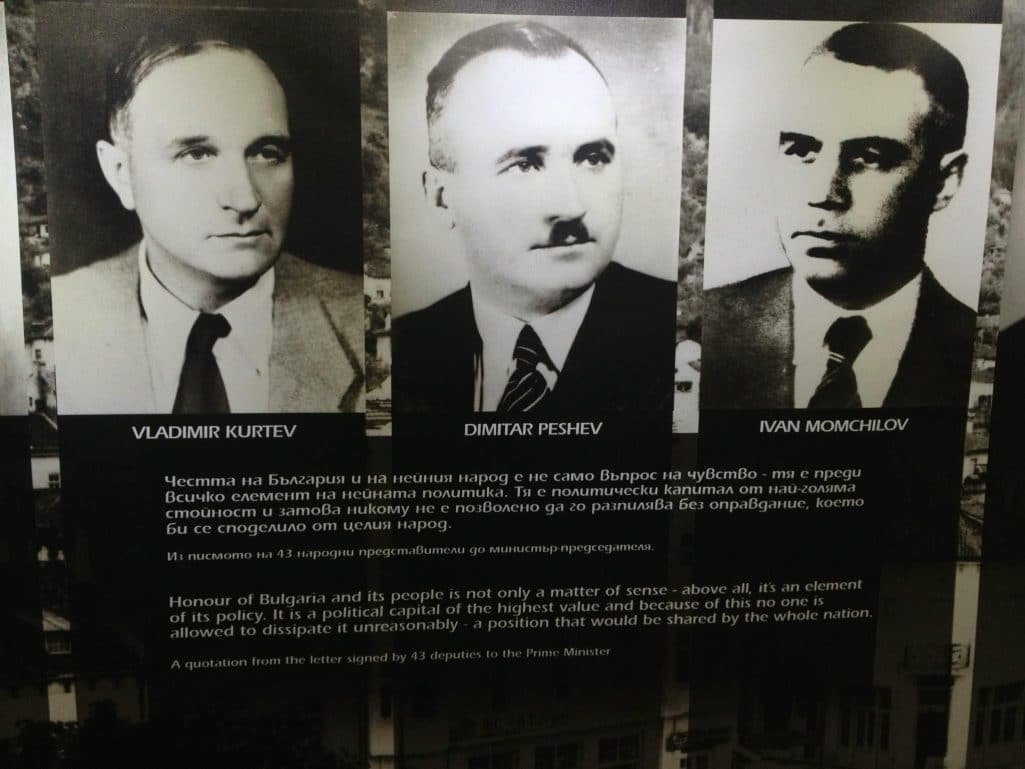 Inside the museum of Dimitar Peshev

But that’s not all. Kyustendil also is the home of an art gallery!

The gallery is the proud owner of the world’s largest collection of works by the famous Bulgarian artist Vladimir Dimitrov ‘Maystora’ (‘The Master’).

Inside the gallery in Kyustendil

Many regard him as the single best and most influential Bulgarian painter of all time, and not without reason. Accordingly, the gallery itself bears his name. 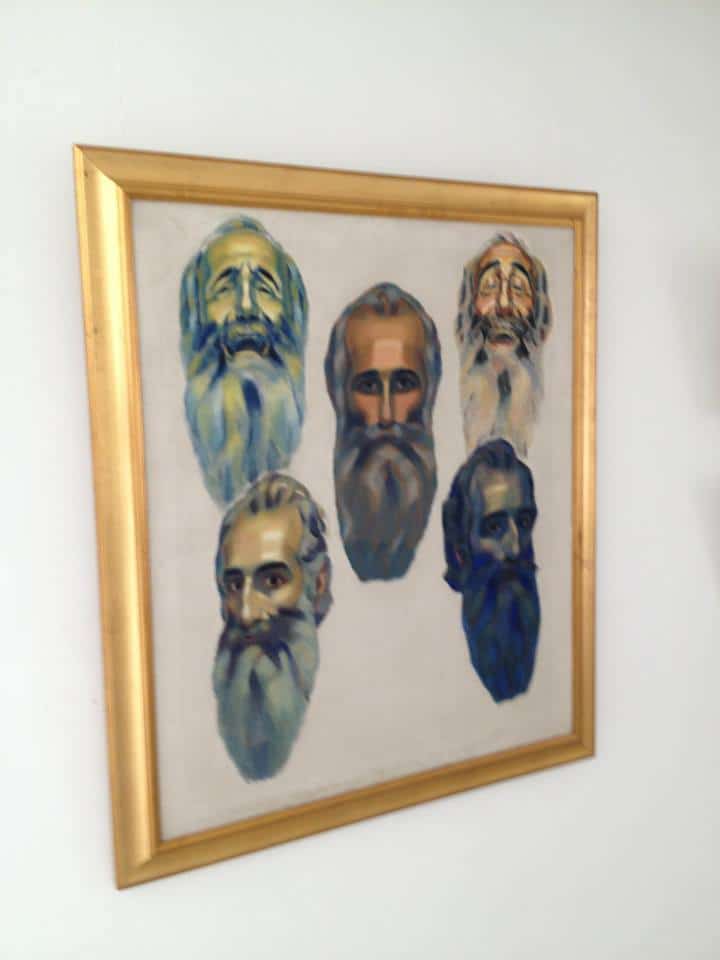 Self portraits of Vladimir Dimitrov ‘The Master’ expressing various emotions

The town also enjoys natural mineral hot water springs, which have brought health and pleasure to the locals for thousands of years. There are two traditional public baths that still function in Kyustendil today. 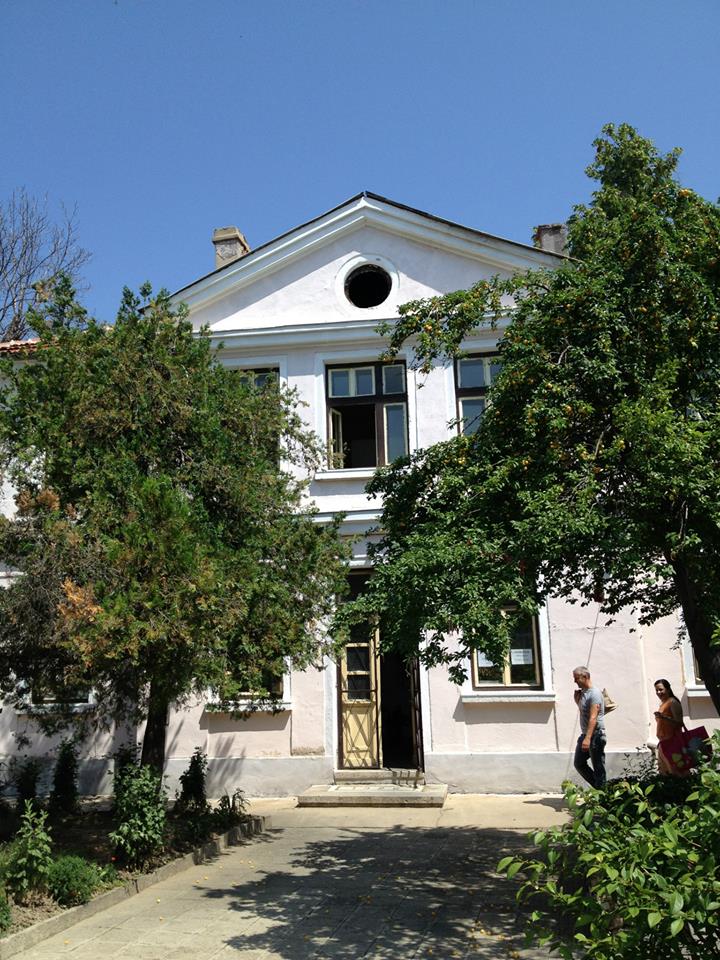 Alay Banya: one of the functioning hot mineral water public baths in Kyustendil

And now back to where we started from: cherries.

The Cherry Festival, taking place in June, when the cherries are ripe, is a very popular local event, featuring exhibitions of various sorts of cherries, cherry artwork, cherry rakia, folklore songs and dances and a concert.

The winning piece in the cherry art competition

Members of the 365 team joined the folk dances

It is not the only festival in Kyustendil, though.

There are also the Kyustendil Spring festival (March), the Panagia or Raising of the Bread festival (August) and the Fertility Festival (October). As you saw, it is also definitely not the only reason to visit the place, and it’s definitely worth it!

How to get to Kyustendil?

The city is located merely 85 km away from Sofia, so if you’re in the capital, it could make a wonderful day-trip. It is accessible by car, if you’re into driving. If you prefer to just sit back and relax on the way, there are buses from Sofia to Kyustendil every 45 minutes between 8:45 am and 6 pm. There are also two earlier ones at 6:50 and 7:20 am and two later ones at 6:30 and 8 pm.

With special thanks to all our wonderful hosts!