The tradition of Chiprovtsi Carpets Making 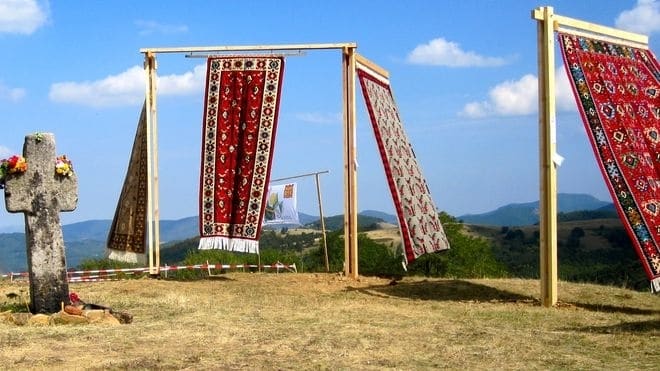 The northwest regions, with centres at Chiprovtsi and Samokov, and the east, at Kotel, keep the tradition alive. The famous Bulgarian carpet center has unique value for the local community and the region itself. It also receives worldwide recognition worthy of its quality. Since November 26th, at the ninth session of UNESCO Intergovernmental Committee for the Safeguarding of the Intangible Cultural Heritage, Chiprovtsi carpet weaving was entered as the third Bulgarian element recorded in the World Representative List of the Elements of Intangible Cultural Heritage.

Chiprovtsi Carpets Making: The handwoven carpets (kilimi) are made by the women of Chiprovtsi

They are using an unique technique of weaving on a vertical handloom. The weaver takes several threads of the warp with her left hand, interlaces the weft yarn into the warp and uses a small beater to tighten the weave. The women say prayers and make wishes for luck and success before starting a new carpet, and sing and tell stories while working at the loom. 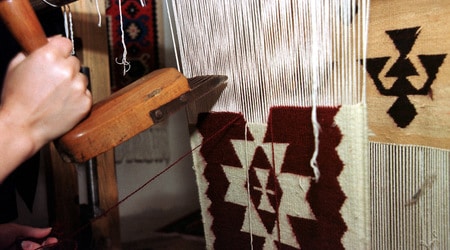 Main parts of the carpet are colored in red, ochre, beige and grey-brown, while smaller details are in brighter grades such as orange, yellow, white, blue, green and black. Each stage of the detail weaving is called “doing” and the fulfillment of the background with color – “filling”. The composition and ornaments are strongly defined by the wealth of symbolism and emotional expressiveness. Diversity of forms are used in the compositions but the primary one is the triangle which indicates masculinity when facing up. If it is upside down this symbolizes the female world. Mainly geometric and highly schematized the details represent plants, birds, animals and humans. Each motif is a symbol and transmits some of the religious beliefs of the Bulgarians.

It is literally translated from the local dialect. It is a combination of several triangles but back in the day the older models used to be figures with head, ponytail, even eyes. According to some interpretations it refers to Mother of Goddess, given the dramatic red and black range in which these carpets are always weave. Other says that karachka is a dragon or a mythical bird and connects this figure with death, sadness and mystery.

Another motif is “The tree of life”

It symbolises the idea of world’s division into three parts – sky, earth and the nether-world. The “makaz” motif consists of two triangles with touching angles and represents the feminine and the masculine elements in the universe. The “oktsata” is interpreted as the “eyes of God”. Today, there are 27 different motifs that are listed as typical of the Chiprovtsi carpets.

Chiprovtsi Carpets Making: During time the production of Chiprovtsi carpets have its ups and downs!

But the carpet weaving remains one of the most valuable tradition in the region. It dates from the 17th Century when it revived the town’s economy. By the 19th Century, Chiprovtsi carpets were sold all over the Ottoman Empire at market places in Istanbul, Edirne, Bursa, Ohrid, Skopje and others. This was the time when more motifs like vines, flowers and birds appeared to diversify the compositions. The peak of production and sales were during the Communist period.

In the past several years, after a period twenty-years of twists and turns it have gone though, the Chiprovtsi carpet weaving has revived. Among the women who are still making them using a technology unchanged by time, there are a  few  events organized annualy. On the Chiprovtsi’s carpet festival organised by town’s municipality, held on May 2nd in Chiprovtsi, were shown the diversity of bold designs and vivid colours of the local carpets. Another event that invites you to become part of this tradition is the Chiprovtsi’s carpets exhibition. It takes place in Sofia’s Ethnographic Museum, in the former Royal Palace, until October 5th, where about 50 beautiful carpets are in the spotlight.

Want to learn more about Bulgarian customs and traditions? Do not hesitate to join our Culture tour.