The Department of Theology 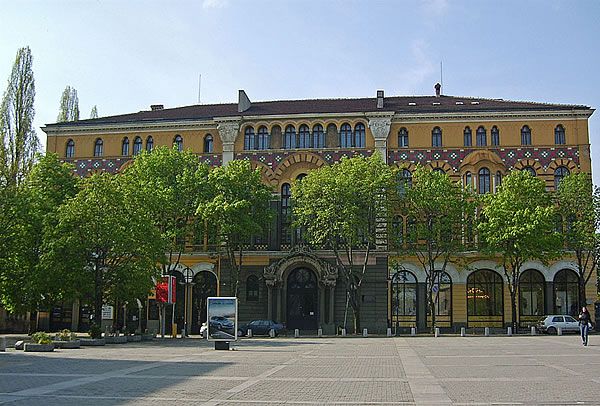 When is The Department of Theology of the Sofia University founded?

The Department of Theology was founded in 1923 and since then it has been an active center for the dissemination of religious knowledge in Bulgaria. Today it also houses the St. Kliment Ohridski chapel, a church library and the National Museum of Church History and Archaeology of the Holy Synod. The museum exhibits over 10,000 objects: icons, wood carvings, church utensils, books, documents and more.

History of the Department of Theology

At the turn of the previous century the same space was occupied by the bell tower of the nearby Sveta Nedelya (Holy Sunday) church. The construction of the Department of Theology started with the proclamation of Bulgaria’s independence in 1908 and was completed in 1914. However, finishing works and mural painting continued until the autumn of 1923.

The building was designed by the famous Austro-Hungarian architect Friedrich Grünanger and is one of the several prime representatives of the then trendy Byzantine Revival or Neo-Byzantine architectural style. Decorative ceramic tiles, multicolored medallions and stone carvings form a frieze at the top of its façades. A fresco called Establishment of the Bulgarian Exarchate in 1870 by crowns the main entrance painted by the artist Nikola Ganushev. Below the fresco 2 large and 8 small medallions represent important church leaders, enlighteners and supporters of the Bulgarian Exarchate. The construction costs eventually amounted to about (then) 700,000 Bulgarian leva, a colossal amount at the time.

War time took its toll on the Department of Theology…

Air raids during World War II seriously damaged the building, with the dome and the fresco above the main entrance completely destroyed. Although the building was later restored, these two are still absent to the present day. 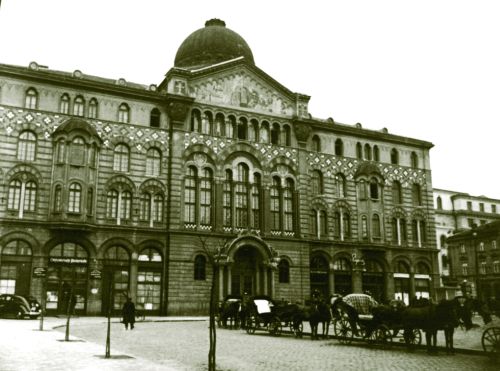 The Department of Theology with the dome and the fresco before World War II
Photo source: www.uni-sofia.bg

In 1951 an Act of Parliament separated the Department of Theology from the Sofia University to make it a higher theological academy in its own right.

In July 1991 on the initiative of the Sofia University the Theological Academy became again a department of the University.

The Department teaches theology to full-time and part-time students

You can become Bachelor and Master of Theology programmes there. It trains hundreds of theologians, priests of the Bulgarian Orthodox Church, teachers of religion, etc.