Saint Petka of the Saddlers Church 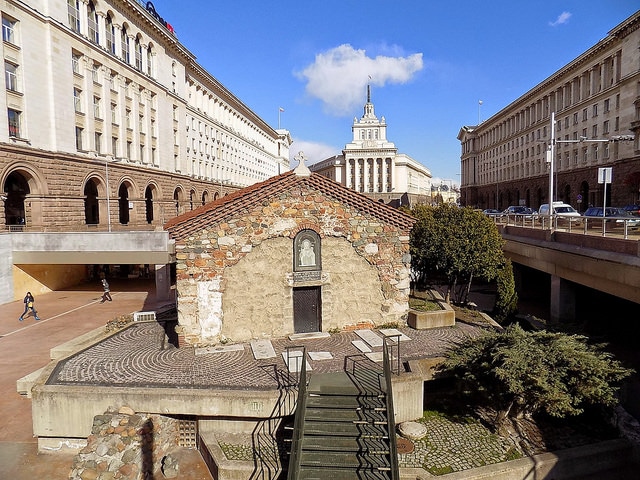 The church of Saint Petka of the Saddlers (Sveta Petka Samardzhiyska) is a medieval Bulgarian Ortodox church, located in the center of Sofia near Sveta Nedelya cathedral. It is a small single nave building featuring a semi-cylindrical vault and a hemispherical apse, all positioned above a Roman crypt discovered during World War II.

The church is dedicated to the martyr St. Paraskevi of Iconium (rendered in Bulgarian as sveta Petka/Paraskeva Ikoniyska).

The story says that Paraskeva was a woman living in Iconium, Asia Minor (present day Konya, Turkey), at the end of the 2nd and the beginning of the 3rd century. She was introduced to Christianity by her parents. They died when she was very young and as they were very wealthy she inherited a huge fortune. Instead of spending the fortune on luxury and pleasures, she helped people in need by providing food for the starving, shelter for the homeless and clothes for those who could not afford them. She was so devoted to Christianity that she decided to remain celibate and started introducing other people around her to Christianity as well. 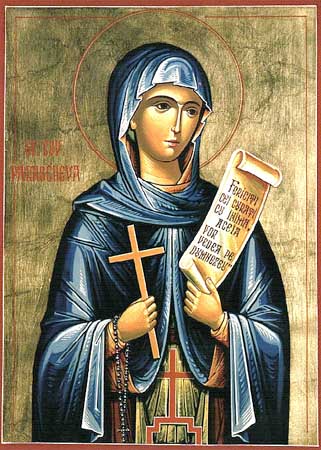 The story of Martyr Paraskeva

At the time, though, Christianity was still a controversial phenomenon in the Roman empire and Christians were often prosectued. So, in 303, during the rule of emperor Diocletian, she was arrested by authorities and brought to trial. The stories goes that when the judge saw her, he was enchanted by her beauty. He tried to convince her to give up her Christian faith and marry him, but she refused to do so and said that she would rather remain a virgin in the name of God. The judge got angry and sent her to be tortured and locked in a dungeon. During the night, while suffering in great pain, she saw a vision of an angel and her wounds were healed.

On the next day…

When she was taken to the court again, the judge was astounded to see her in perfect health. Then, with a smile on her face, Paraskeva asked to be taken to the pagan temple. Expecting that she had probably changed her mind and wanted to convert into paganism, the judge happily accompanied her to the temple. Once they entered, however, she started calling the name of God and all pagan idols collapsed to the ground. This infuriated the judge, who ordered  Paraskeva to be burned alive. While engulfed by the flames she still continued praying to the Christian God and thus survived the ordeal unharmed. Shocked by what they saw pagans started screaming: “The Christian God is Great!”. Enraged, the judge ordered soldiers to decapitate the young woman. A day after her death, the judge also unexpectedly died, with Christians believing this to be a befitting punishment by God .

Paraskeva was buried with honors at her house by other Christians.

Her grave soon became a place of many miracles and it is believed that many believers got cured from different illnesses there. 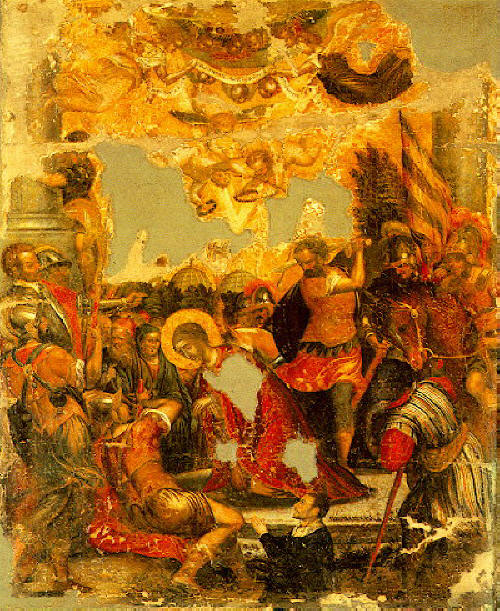 The story of the church – Saint Petka (Paraskeva)

The Church acquired its name due to the fact that Saint Petka (Paraskeva) became a patron of the saddlers, who would worship in the church. The Bulgarian name Sveta Petka Samardzhiyska comes from the word samar meaning ‘saddle’.

Today the church enjoys the official status of a cultural monument because of its mural paintings from the 14th, 15th, 17th and 19th centuries depicting biblical scenes. Some have put forth the suggestion that the church might be the last resting place of Bulgarian revolutionary and national hero Vasil Levski (1837 – 1873). Who has hanged by Ottoman authorities for attempting to organize a revolution against them . Even though this claim has gained some popularity among regular people, it is largely discarded as a myth. Because there aren’t any serious evidence to support it by the vast majority of experts. 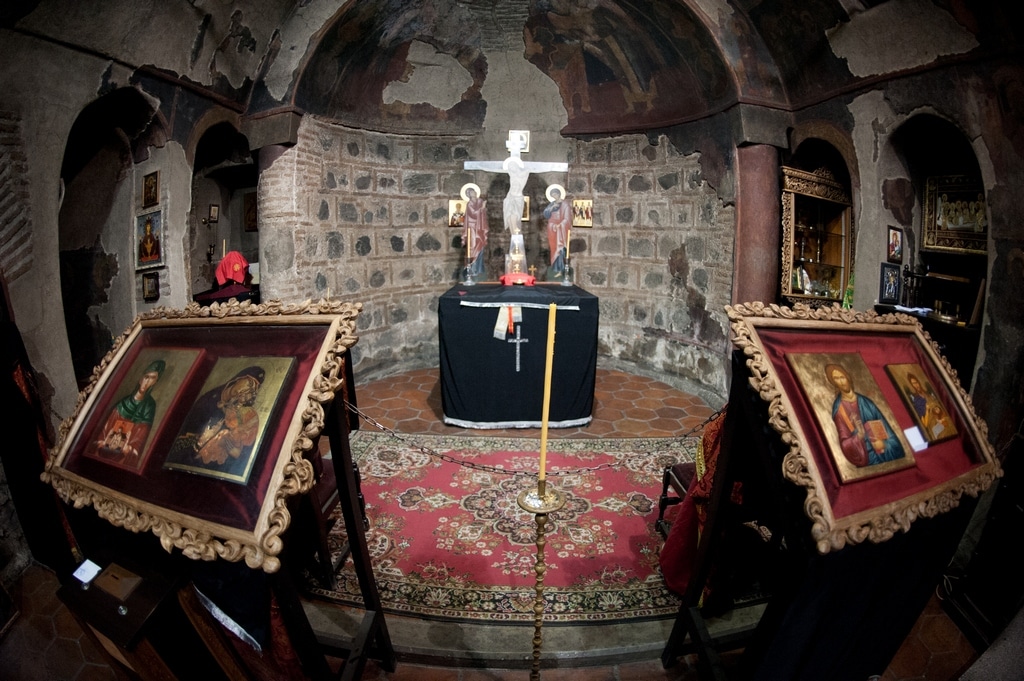 The church of Saint Petka of the Saddlers – inside , Photo source: http://binar.bg/9838/hramovete-na-sofiya-dal-bog-dobro-shalom-i-salam-aleykum/