Earlier this month we had one of the biggest groups in the history of our tour! About 120 visitors – participants in an annual Youth Pharmacist Summit – took part in Free Sofia Tour on November 1st. 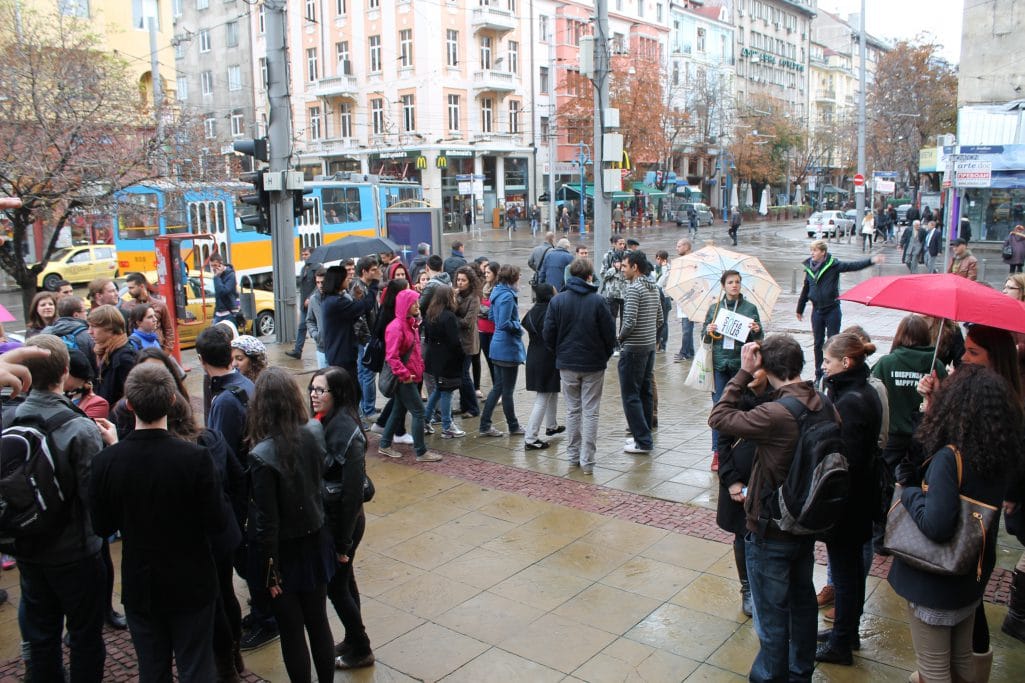 Meeting for the Start

These conferences take place twice a year in different cities across Europe, so some people from the group have actually already met before. For most of those, to rediscover each other when they meet again at the next conference in a new city, is the highlight of their stay. 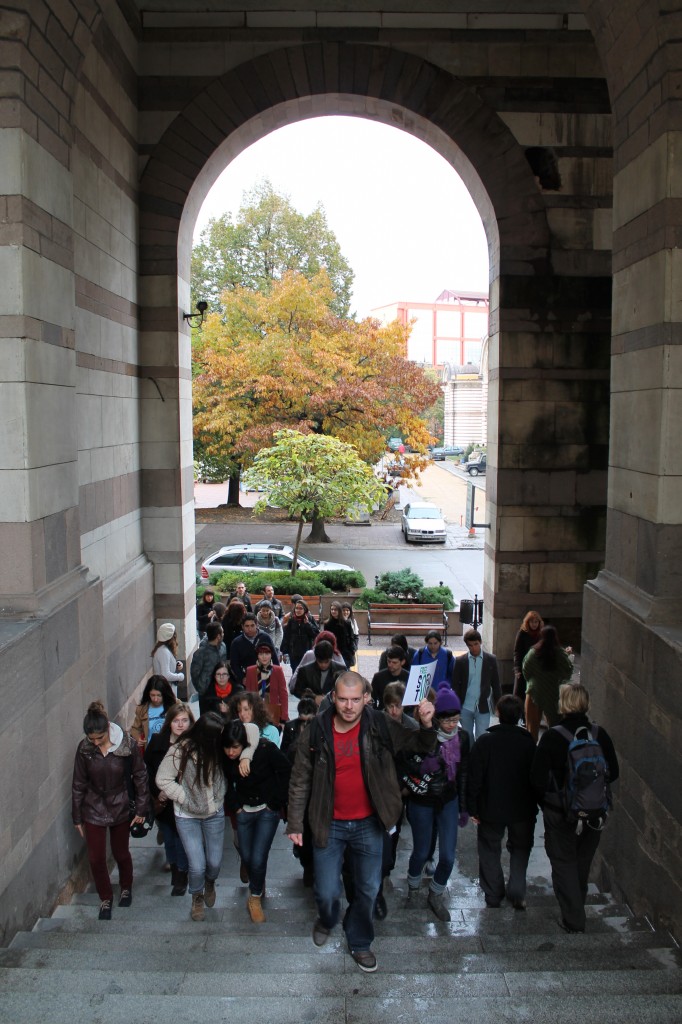 On the Way to the Largo

The group was super diverse, since it included people from more than 24 nations. They have been in Sofia since last Sunday and up until the tour they hadn’t seen much of the city. Four of our guides were available to reveal them some secrets about Sofia. 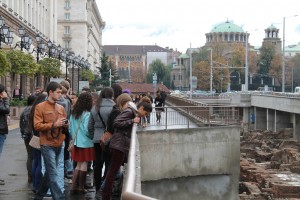 At the Roman Remains 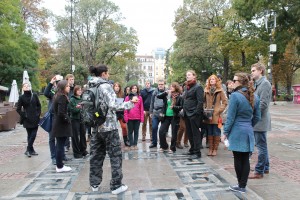 In the evenings they usually go out in a closed-doors private party format, so they don’t really have the chance to meet many locals. Meeting our guides was really entertaining and interesting for them. Some of them were trying to make paralels to their home places. One Hungarian guest was surprised how similar the story and the current situation of Sofia and Budapest is:

I am trying to figure out whether this is Southern or Eastern or some other kind of Europe. 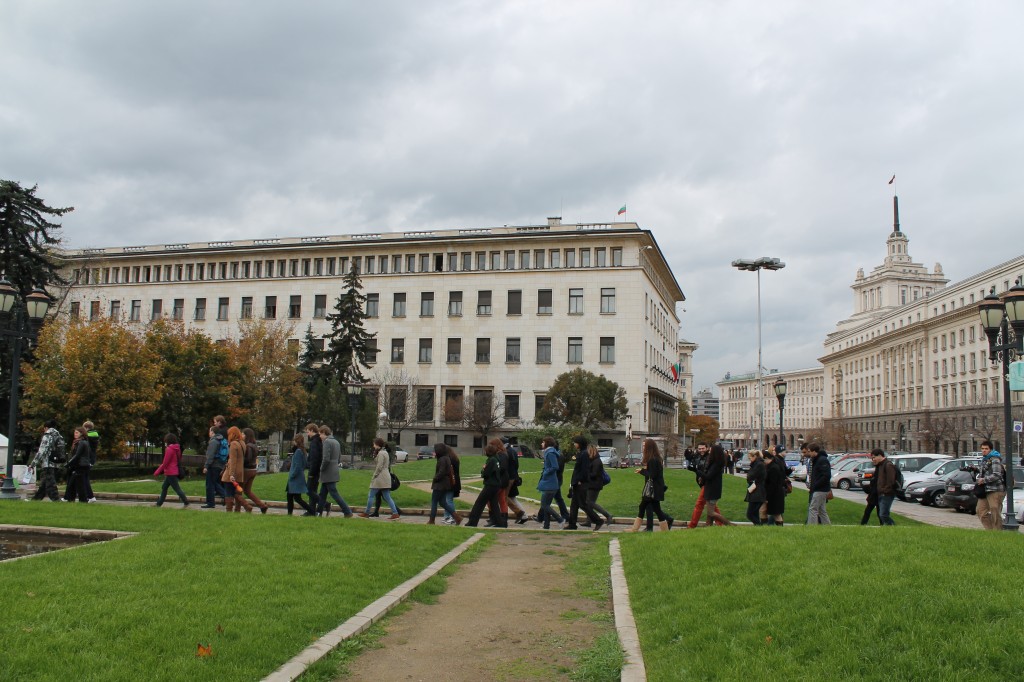 Heading up to the City Garden

In front of the Presidency, one of the national guards started laughing while the guides were telling them that the guards used to be the top bachelors in Sofia back in the old days 🙂 This has never happened before 🙂 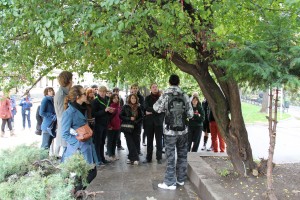 The story about the martenitsa 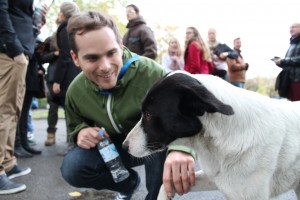 They really liked the mineral water which – according to our joke – heals “broken hearts” 🙂 The day after our tour was their last day together in Sofia, so they were already sad that they are soon going to say goodbye.