Tours on Christmas and New Year’s

Happy New Year from the team

This year we had the pleasure to take part in the Sofia episode from the The Third Class Traveller series of the UK’s Travel Channel. We would like to thank producer Justin Pavlova-Hawkes and presenter Julian Hanton for this interesting opportunity.

No economic downturn can stop the intrepid Mr Hanton, so for this journey he attempts to survive a week on just $100 in every city he visits. This requires Julian to rely on the kindness of strangers, including the Free Sofia Tour team.

The Third Class Traveller 30″ Promo from The Inn on Vimeo.

It was back in April (5th) that the shooting took place. There was only one guest at the 6PM tour but as you know, the tour doesn’t have a minimum number of guests so it proceeded as planned. Our friend from Hungary Ákos Kiss will probably never forget that evening – he got a private tour with not one but two guides (Boyko & Vanya), accompanied by a TV crew 🙂

It was so long ago that even the red star (петолъчката) was still part of the tour. After all the waiting, the show is ready and about to play in the beginning of next year. Check your local cable TV provider for the schedule. Unfortunately, we are not allowed to upload the video, but you can find some photos on our Facebook page. 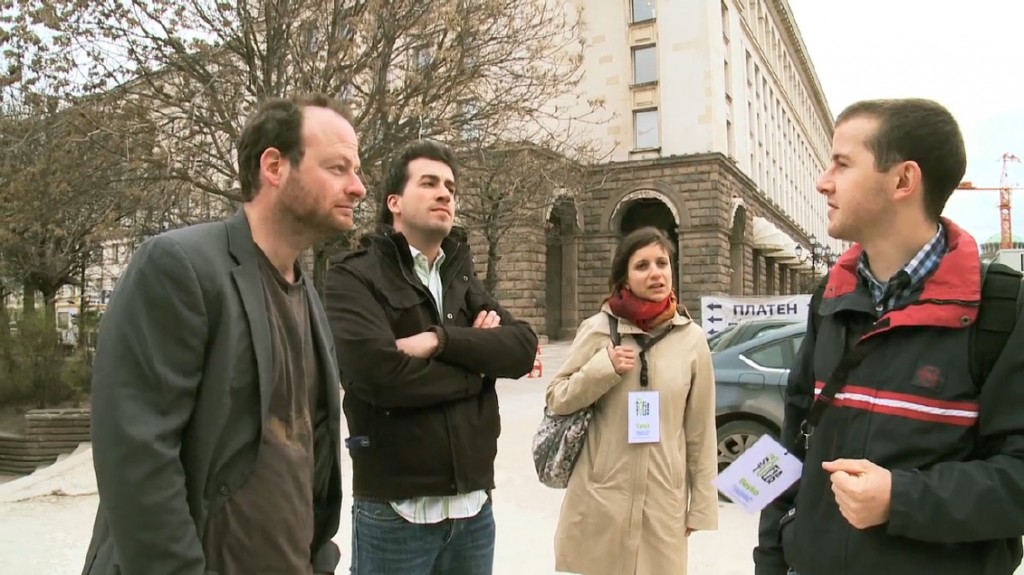 Travel Channel International Limited (TCI) is an independent private company based in London. Launched in 1994, Travel Channel broadcasts in 18 languages to 117 countries across Europe, the Middle East and Africa.

Plovdiv on The Daily Telegraph

Lonely Planet has a crush on Sofia