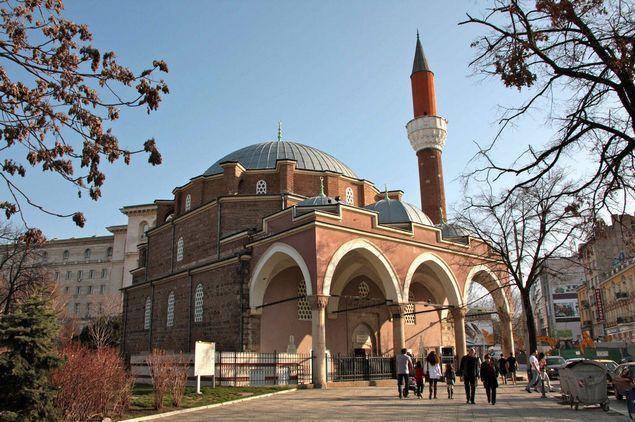 Its construction was completed in 1566, during the years the Ottomans had control of the city. The mosque derives its name from the phrase Banya Bashi, which means many baths. The most outstanding feature of the mosque is that it was actually built over natural thermal spas; one can even see the steam rising from vents in the ground near the mosque walls. The mosque is famous for its large dome, diameter 15m, and the minaret.

Currently, the Banya Bashi Mosque is the only functioning mosque in Sofia, a remnant of the Ottoman rule of Bulgaria that lasted nearly five centuries, and is used by the city’s Muslim community.