This week Free Sofia Tour is a media partner of the International Animation Film Festival “Golden Kuker – Sofia”. From June 11 to 17 this year, over 300 films will be presented at the third edition of the Festival, on a total of 7 screens in Sofia. Competition and informational programmes as well as plenty of panoramas, can be seen at cinema “Lumiere”, at NATFA, evening screenings at Art Space (outdoor theater in the garden of NDK), PhotoSynthesis art center (cafe-gallery) and at art-club “Priests of the Muses” in Students’ Town. Special screenings of Polish, Hungarian and Czech animation. Around 130 films will compete for 11 prizes. 12 Bulgarian films will compete for the prize Best Bulgarian Film. A special award in the name of “Proiko Proykov” will be presented by Operational Programme “Environment 2007 – 2013” to the Best Eco Film.

“Golden Kuker” this year has a focus on ecology and this will be expressed in various open discussions, masterclasses and workshops as well as competitions for students – “1-minute Animated Eco Film” and “Eco Art”.

Below you can find the detailed programme. The Award Ceremony will take place on June 16 from 7 pm at Lumiere, and on June 17 there will be screenings of the awarded films. Enjoy the festival! 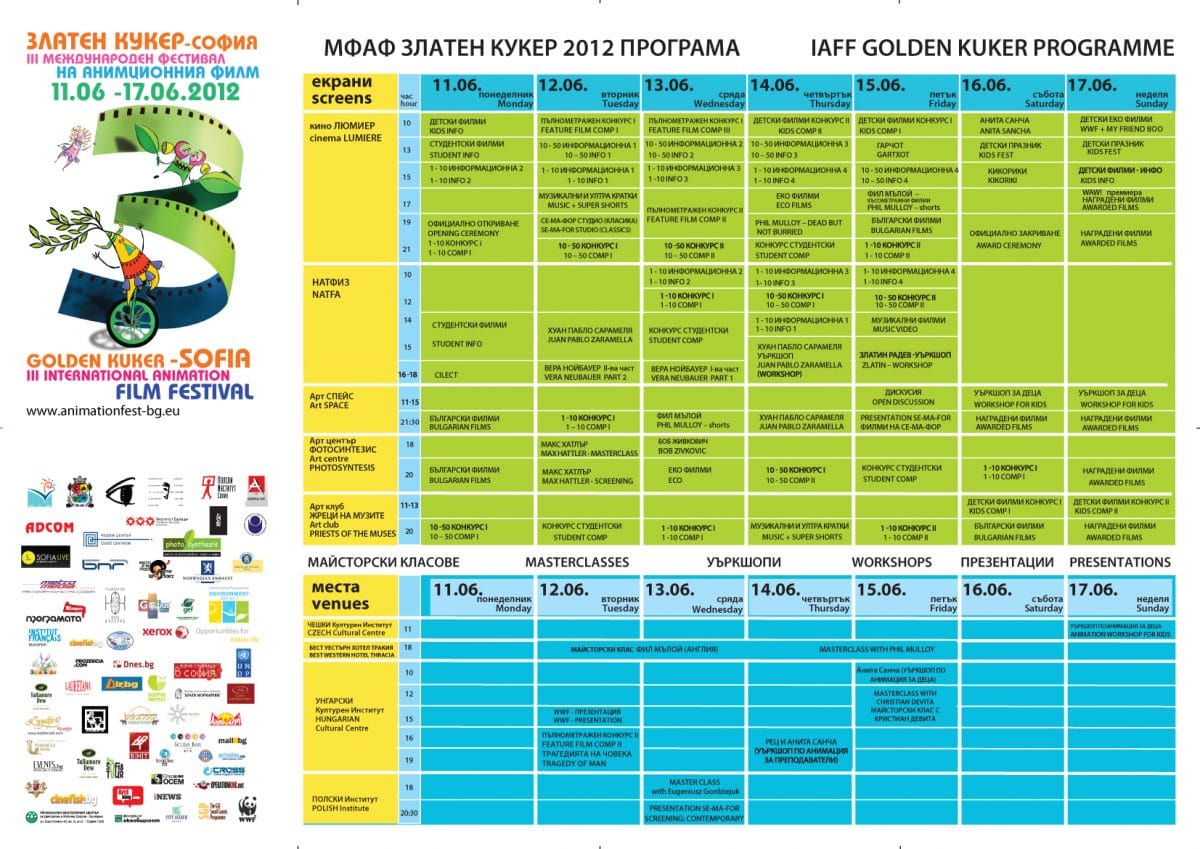