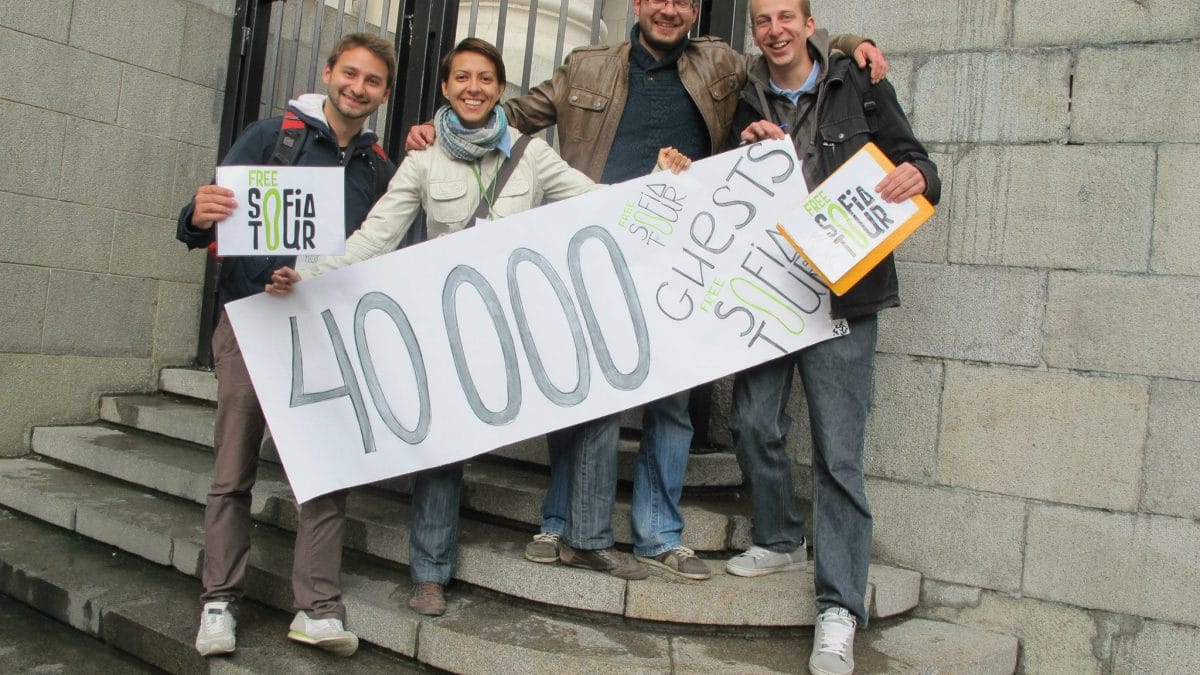 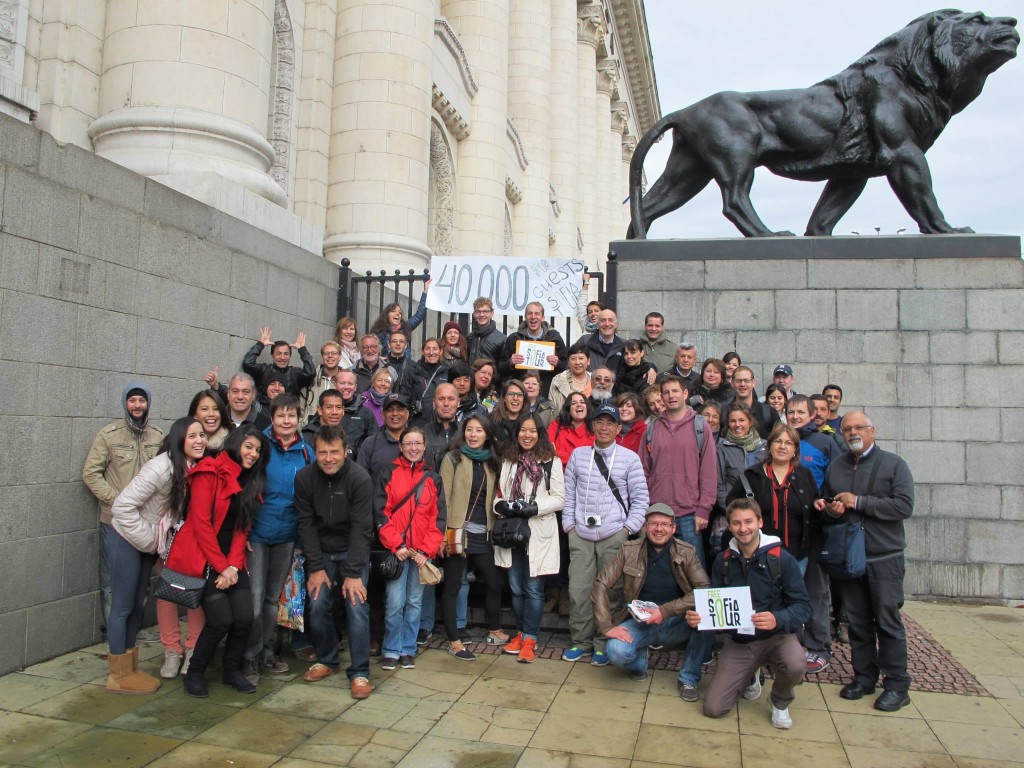 The never stopping girls and boys of the Free Sofia Tour, the pilot project of the 365 Association, have just had the pleasure of welcoming and showing around their 40,000th guest. Apart from the fact that we’re always looking for reasons to celebrate and party, when we came to think about it, we realized this number is actually significant.

To illustrate this point: 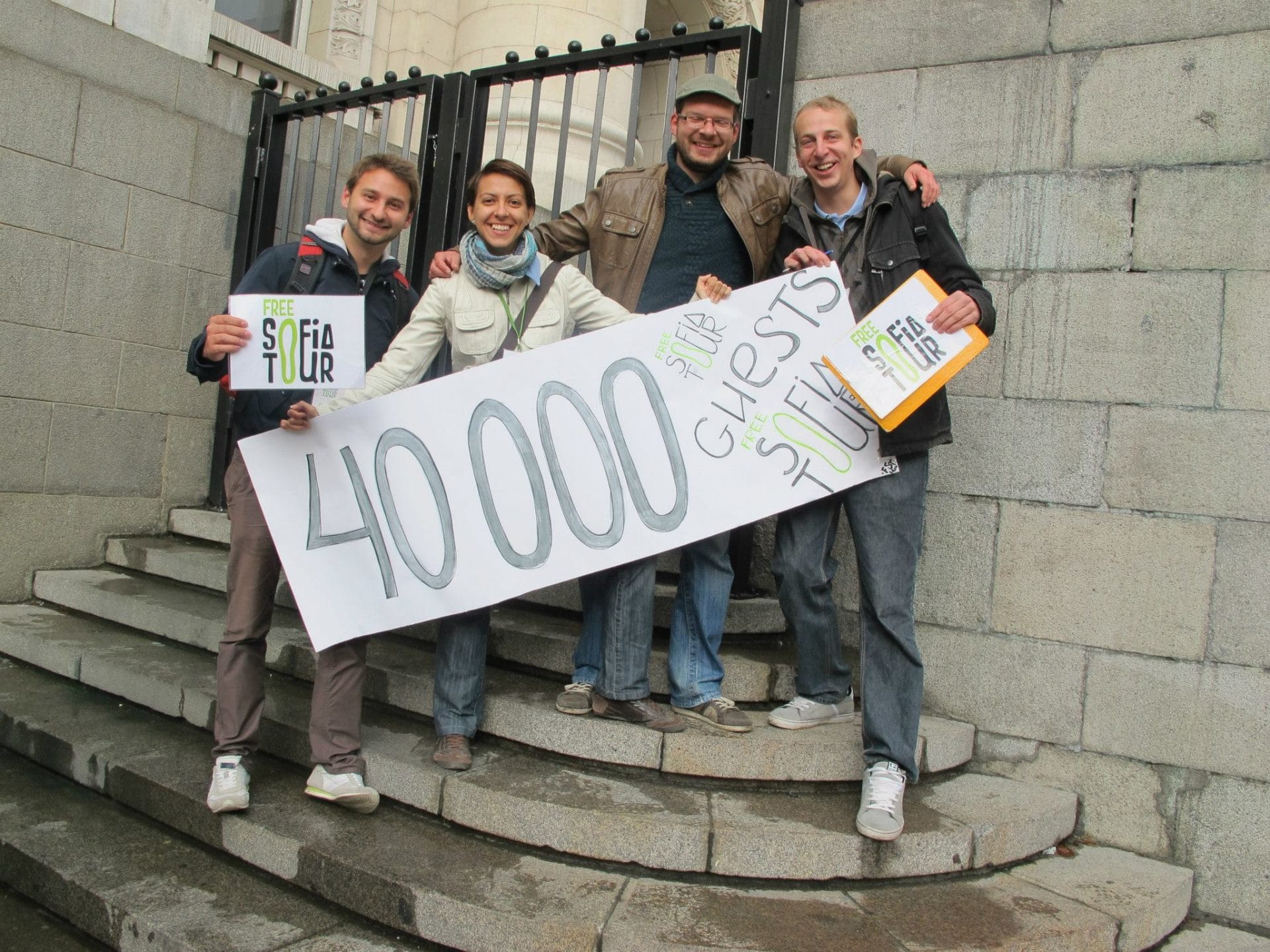 The average length of the tour is 2h 15m (135 minutes), which, multiplied by 40,000 guests, equals 5,400,000 man-minutes, 90,000 man-hours, 3,750 man-days, or over ten years! Ten years ago Bulgaria was a member neither of the NATO, nor of the EU. Ten years ago there was no Facebook and no smartphones, people would listen to music on their portable cassette players or CD players and no one imagined they would be carrying a computer in their pocket today.

Guest number 40,000 received a gift in line with Bulgarian traditions:

a bottle of rakia, the typical local alcohol, wrapped in geranium, a plant whose Bulgarian name ‘zdravets’ translates as ‘healthy, strong’, and is usually presented to travelers to protect them and keep them healthy. All the others received postcards from Bulgaria, to send them to their loved ones, or to keep as a souvenir from this place and this event.

Things like this, as well as the happy faces of our guests, keep motivating the people of the Free Sofia Tour to always welcome new visitors with a smile twice a day every day, 365 days of the year!