We asked our new volunteers to tell us what they thought of the selection process and here’s what Stefan shared. You can read also the first part of the series with Dessi here.

Stefan: I’d heard about the Free Sofia Tour before but, assuming its target group was mainly tourists, I didn’t pay too much attention to it, being a local. I think I liked the Facebook page, since I tend to like anything likeable and because I love active people who don’t watch life, but live it. I had previously shown around friends of mine from abroad or other parts of the country and their reactions were generally in the likes of “Wow, that’s actually a great place!”. So, when I found out, completely by accident, that the Free Sofia Tour Association was looking for new team members, I didn’t need a lot of convincing to give it a try. To be honest, it was a bit surprising to see how seriously these guys took what they were doing. Saying “I want to join!” definitely wasn’t enough. Oh no! We embarked on a long journey with the final goal to prove that we – the wannabes – were up to it.

I actually don’t remember going through such a meticulous assessment process at any job I have applied for, so yeah, I’m quite sure no one is going to get lost, misinformed, and (hopefully!) bored.

And yes, I am proud to now officially be one of them, the guys who show you what Sofia is all about. 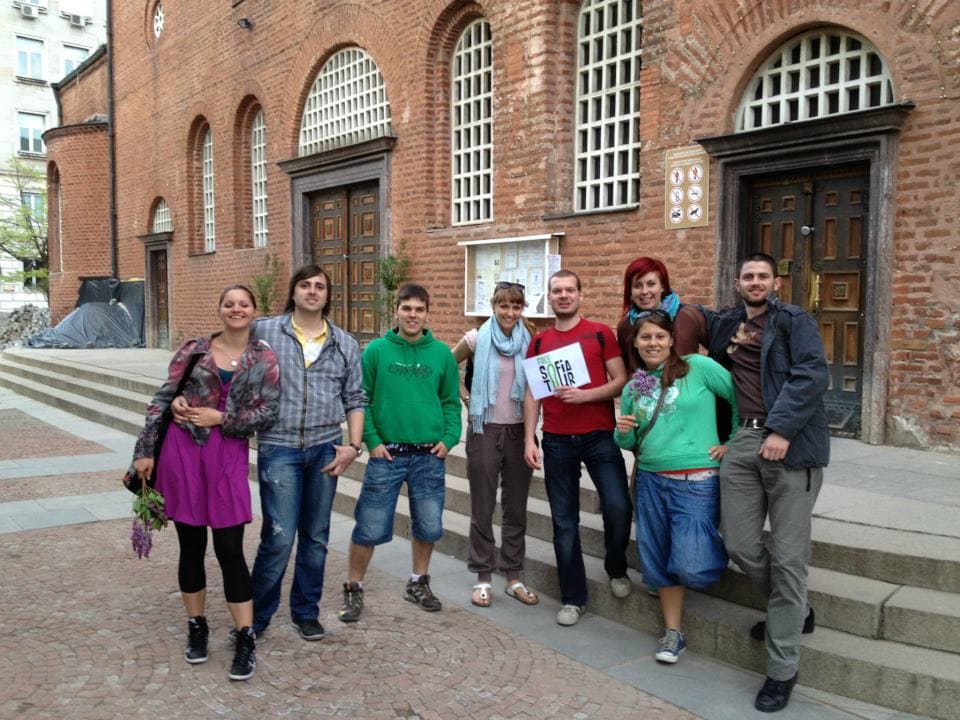